RBS’ Lynn: banks can benefit by embracing the potential of startup innovation

RBS’ global transaction services business is exploring collaboration with a number of start-up companies as a way of combining its own services with the innovation provided by smaller companies, through API sharing. The move comes as banks around the globe increasingly seek to bring products to market faster and reap the rewards of innovation.

Traditionally, a service such as a bank cash management system would have a bank-provided front end to the user. But RBS is now working to complement that model with services that provide application programming interfaces that  can be interfaced to authorised customers or third party developers.

“Fintech start-ups are often agile, lean and nimble,” said James Lynn, head of e-channels, GTS at RBS. “There are obvious advantages for RBS to partner with some of these firms. That’s where the APIs come in. The concept is to enable the services provided by global transaction services to be accessed directly and securely by players in the market, such as fintechs, software firms or other service providers.”

Part of the motive, according to Lynn, is that customers sometimes find the security imposed by banks to be cumbersome, difficult to install and painful to transport. But at the same time, a number of banks have been hit by fraud. Prominent incidents in recent history include attacks by Iranian hackers on Bank of America, as well as warnings from companies such as KPMG that the next major crisis to affect the UK banking sector could be a concerted cyber assault.

One potential solution, he suggests, is to introduce biometrics security to replace vulnerable PIN-based practices: “With biometrics, you know with certainty based on an  eye retina scan or fingerprint who has committed the fraudulent transaction, whereas otherwise a corporate might not know if they had been defrauded by one of their own employees or by somebody externally.”

“The speed with which these fintech firms can appear and arrive at a huge valuation is extraordinary. A start-up can have innovative ideas, turn things around fast and get them to market quickly. That puts RBS or any firm embracing this culture in a great position. Any firm that doesn’t go down this path and start to overlap their functionality with these providers, will down the line look back and realise they probably missed a significant opportunity.” 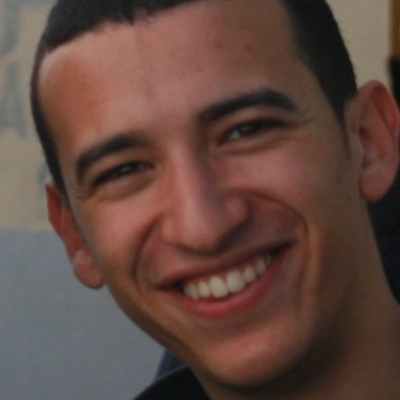 At the end of this month, RBS subsidiary Ulster Bank is running a two-day hackathon together with the Open Bank Project, in which programmers, designers and coders will attempt to build financial services solutions over the course of a weekend. The participants meet on a Friday evening to pitch their ideas and form teams, they work on their hacks during Saturday and Sunday and pitch the final prototypes to a jury of bank executives, entrepreneurs and venture capitalists on Sunday. Prizes will be awarded to the wining teams. Developers will have access to the Open Bank Project API to build their hacks instead of using Ulster Bank infrastructure.

“It’s a way for banks to access innovation,” said Ismail Chaib, chief operating officer at the Open Bank Project. “The innovation is happening outside the bank, young entrepreneurs are building the future, and banks know that. Ten years ago it wasn’t possible to do this, we couldn’t build something over the weekend. But the APIs we are using allow that now.

“We have suggested challenges for Ulster Bank’s hackathon. For example, inclusive banking for the disadvantaged parts of society, or faster banking for SMEs. Last year, we had an innovation analysis your transaction history, and it predicts when you will go into your overdraft. It warns you and asks, ‘Do you want a loan?’ Press the button. Another is speak to the phone and say ‘hey, what’s my balance?’”

This is the latest in a series of “Hack/Make The Bank” events, which have so far been held in Paris, London, Barcelona and Berlin. The aim is to get more banks using the Open Bank API. The project supplies the platform and the support, and signed its first two banks in 2014. The events are being held in Dublin on 30 January and 13 February.