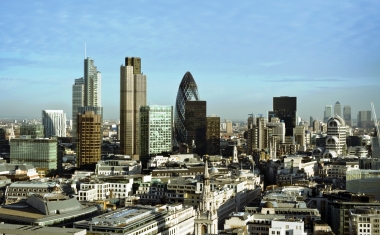 London-based financial services professionals moving to new jobs in 2014 boosted their salaries by an average of 18% – and an increasing number of people did so, with year-on-year figures showing a 51% increase in people looking for new positions.

But gloomy economic forecasts, combined with the seasonal drop in hiring over the Christmas period suggest that firms have postponed major hires to the current quarter.

“While the seasonal dip hit a little earlier, hiring activity also slowed due to wider concerns about a fragile UK recovery,” said Hakan Enver, operations director at Morgan McKinley Financial Services. “We are seeing increased numbers of professional job seekers – up 51% on December 2013, when the recovery really began to take root. While there is some caution in the market, we believe the overall growth trajectory of the last 12 months will continue into 2015.”

Regulation has been a prime driver for recruitment, said Enver: “This year has been the year for compliance professionals. While we continue to also see demand outstripping supply for skilled IT executives, regulatory demands and enhanced reporting needs are pushing compliance to the top of hiring agendas in the City. This is a trend we see continuing well into 2015.”

The looming UK general election is adding to uncertainty, however, particularly if a Conservative victory triggers an exit from the European Union. “Most City employers are against and EU exit while generally in favour of Conservative policies,” said Enver.

Related moves to reduce immigration into the UK “can only increase the pressure on the supply of skilled professionals in the capital as urgent needs remain unfulfilled”, he added.