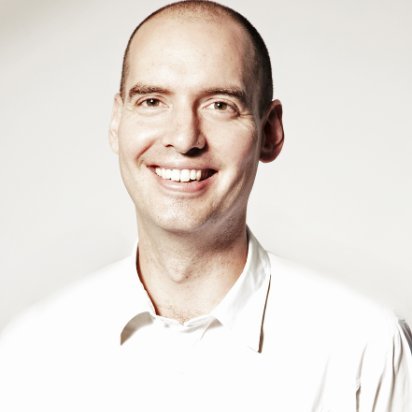 Netagio’s Hamblin: Bitcoin is all about consumer choice

Bitcoin market Netagio has launched credit and debit card payment options as part of a push to make it easier to buy and sell Bitcoin with Sterling, euros and US dollars. The exchange, which was founded in 2013, is seeking to popularise the alternative currency and improve its controversial public image.

The credit and debit card payment options Netagio is introducing are based on a partnership with payment services provider WalPay, based in the Isle of Man, which gives the company access to the banking relationships needed to deposit funds and receive international payments.

Previously, it was possible to trade Bitcoin but the customer had to deposit funds in pounds or other national currencies first. Customers can now deposit funds with their Visa, MasterCard or Maestro credit and debit cards and trade them against Bitcoin. The idea is to provide a better alternative to traditional banking deposits, which can take up to three days to process and may include international banking charges.

“What’s the advantage of Bitcoin? It’s instant, it’s free, it’s easier to use,” said Netagio chief executive Simon Hamblin. “I dread the online transaction that requires me to put in my account number and all those details. You give all this information about yourself just to purchase something. Bitcoin is so much easier. It’s an advantage. It’s not a replacement for the pound, it’s about consumer choice. Consumers want to have choice in everything they do. How do you want to pay? It’s just a consumer choice.”

Cryptocurrencies have faced a rocky road in the US and beyond following scandals such as the collapse of Bitcoin exchange Mount Gox in 2013, which resulted in the loss of $460 million, and its use on illegal website the Silk Road, which was seized by US enforcement agencies and shut down in August 2013. But according to Hamblin, these events have acted as a spur to other companies to prove they are legitimate and above board.

“We try to demonstrate we are real,” he told Banking Technology. “You never saw the people behind Mt. Gox, they never appeared in public,” he said. “We are real, we have a phone number. Many of the others don’t. We are also audited by an independent accounting firm. What are the other exchanges doing to prove that they are real?

“It’s also important that we have the Bitcoins we say we have, and that we have access to them, and that the right people in the business have that access. There’s only one regulated Bitcoin fund, called GABI. It is based in Jersey, and it stands for Global Advisors Bitcoin Investments. We are the custodian for those funds. We are regulated. That’s what the consumer should look for.”

Bitcoin is cloud-based, so generally consumers won’t need to worry about keeping their Bitcoins on a specific device. Netagio itself keeps most of its Bitcoins in offline storage, with a small proportion of its funds in its ‘hot’ wallet .

Despite the push for greater accountability and transparency, the price of a single Bitcoin has fallen dramatically from its peak value of $1,242 in November 2013 to just $210 by January 2015. At the same time, Bitcoin is also facing competition from alternatives such as Peercoin, Litecoin and a host of others, which use similar block chain technology. However, Hamblin argues that these competitors are unlikely to replace Bitcoin any time soon, due to the relative youth of the market and the ongoing task of reassuring and educating consumers.

“No one really knows why a price goes up or down, but I suspect it is because there is more adoption,” he said. “More Bitcoins are being sold. That’s moving the price down. The price has stabilised in its decline and it’s no longer massively volatile. It’s becoming less susceptible to industry news, and that means it’s showing maturity.

“As for the other currencies, there just isn’t enough size to this industry yet to justify it. Most people out there still don’t know how Bitcoin works, let alone the others. I spend all my time and effort just talking to people and educating them about Bitcoin. Until more people start to get their head around the concept on an alternative currency, it’s enough to focus on Bitcoin, let alone the smaller options.”