Tablets and phones becoming the norm for e-retail 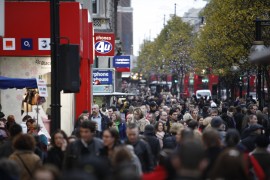 While online retailers roll their Black Friday bargains over to Cyber Monday – and probably beyond – research shows that an increasing amount of online sales are being made via smartphones and tablets, and this trend is continuing – but this does not mean smaller crowds, as consumers are also switching to ‘click & collect’ services.

More than 37% of online sales in the UK are now made via a smartphone or tablet device, according to the latest results from the IMRG Capgemini Quarterly Benchmarking Report. For clothing merchants this goes up to 43%.

Just four years ago, mobile (including tablets) accounted for less than 1% of e-retail sales – a growth rate close to 4,000%. Visits to retail websites on smartphones and tablets now account for exactly half of all online traffic.

An estimated £25.1 billion was spent online during Q3 (August to October), with £9.3 billion – 37% – spent via smartphones and tablet devices.

Globally, mobile phone and tablet users will make 195 billion mobile commerce transactions annually by 2019, up from 72 billion this year – a 167% increase – according to a new report from Juniper Research.

In Mobile Commerce Markets: key sector strategies, opportunities & forecasts 2014-2019, Juniper says that the highest growth rates are expected in the NFC sector with usage buoyed by the launch of Apple Pay, together with anticipated deployments by banks using solutions based on Host Card Emulation technology.

However, the biggest net increase in transaction volumes will occur in the digital goods sector, fuelled by a surge in micropayments for in-app purchases, such as social gaming. The report highlights the opportunity for digital content monetisation presented by direct carrier billing, particularly in underbanked regions and demographics.

According to report author Dr Windsor Holden, “Storefronts that have deployed carrier billing solutions have already seen positive results across a range of indicators – higher conversion rates, higher average transaction values, higher transaction volumes. For the first time, they can monetise consumers who would otherwise have been excluded either because they lacked a credit card or because they were unwilling to enter card details online.”

Juniper says that there is ‘significant’ migration from desktop to mobile as consumers increasingly “media-stack” – a typical scenario is a consumer making purchases on their devices while watching TV.

IMRG/Capgemini identified a similar change in buying patterns in the growing influence of Click & Collect services for high street and multichannel retailers, with sales increasing from 16% in the second quarter of the year, to 18% in Q3.

“IMRG’s latest research reveals that one in five multichannel retailers will be offering in-store ordering over the festive period and three quarters will be offering alternative delivery options, including timed delivery slots and Sunday delivery,” said Tina Spooner, chief information officer at IMRG. “Convenience will be key for consumers this Christmas and we are likely to see an increase in Click & Collect orders as this delivery method becomes the preferred option for many.”

Another factor driving mobile payments has been the deployment of NFC-based mobile ticketing apps, which Juniper says have seen rapid adoption rates immediately post-launch, “suggesting a pent-up demand for such services”. In the US, the Massachusetts Bay Transportation Authority’s mTicket accounted for 15% of ticket sales within nine months of launch, while New York Waterways has reached 25% in less than two years.