Overall holiday sales figures may be a mixed bag so far this year, but gift card sales for the season are on track to hit news sales peaks in the U.S. and the U.K., aided by an uptick in online sales, plus growing popularity for digital gift cards, new data suggest (see details at right, and below).

Many more consumers are going online to buy gift cards, according to First Data, which conducted a survey of 3,724 U.S. adults in September asking respondents to compare their gift card purchasing routines this year versus last year.

Improvements in gift card technology and changing consumer habits appear to be driving the surge in online gift card sales, according to First Data. The widespread adoption of mobile technology has triggered a “fundamental shift” in how people interact with gift cards, including more personalized delivery options, along with streamlined processes for accessing and purchasing all types of gift cards online, the Atlanta-based company said in its recent 2014 Prepaid Consumer Insights Study. 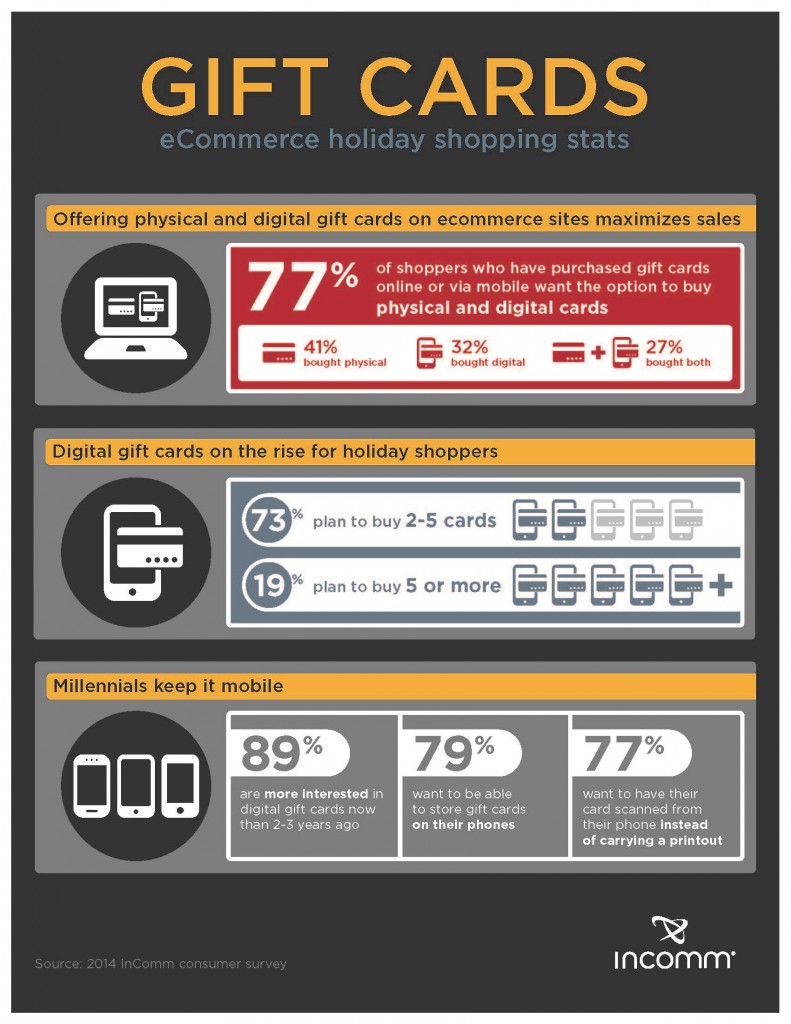 In the U.K., sales of physical and digital gift cards are expected to be healthy this holiday season as well, according to the Prepaid International Forum (PIF). The U.K.-based trade organization is forecasting  strong growth within the nation’s £5 billion (US$7.8 billion) market for gift cards and vouchers this quarter, according to Alastair Graham, PIF’s spokesperson. The number of companies operating in the sector increased by double digits within the last two years, PIF said. Another sales push is coming from the U.K. Post Office’s move this year to display racks of gift cards from multiple U.K. retailers in 2,000 high-volume branches, PIF reported.

Digital gift cards remain a small but faster-growing part of the overall U.K. gift card market, Graham tells Paybefore. “Digital gift cards are gaining more traction in the B2B market as a human-resources rewards product, while in the consumer market the product is in its infancy,” he notes. But consumers’ growing fondness for shopping via mobile devices is promising for overall sales of digital gift cards, as it’s steadily improving the distribution and retail redemption options, Graham adds.