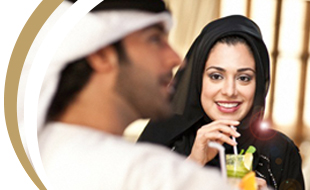 Serving demand for Sharia-compliant hotels and other specialist Muslim services is a lucrative opportunity, according to Indonesia’s Bank Muamalat

Controversy over Sharia Law reached Hollywood recently as protesters boycotted the glamorous Beverly Hills Hotel over a tough new code introduced by the hotel’s owner, the Sheikh of Brunei. More prosaically, bankers remain divided over how best to respond to demand for Sharia-compliant banking.

Indonesia’s Bank Muamalat, on the other hand, only supports Sharia hotels. “It’s a good opportunity,” said Hendiarto, director of finance at  the bank,  in a conversation with Banking Technology at a recent conference hosted by Wincor Nixdorf. “As an Islamic bank, our growth rate is 35% over the last five years, versus 21% for the rest of the industry. The Islamic hotel only deals with couples and visitors who can prove their marriage with documentation. By having that, if a spouse stays in that hotel, the wife or husband at home will feel secure.”

An Islamic hotel is one that offers separate swimming pools for men and women, separate dining areas for singles and a family area for married couples, and women-only staff that serve women-only floors of the hotel. The idea is to protect women against unwanted attention, as well as to guard public morals.

The principles of Islamic banking are founded in ethics. Islamic banks do not charge interest, as that is forbidden in the Quran – instead, believers are instructed to give to charity. The Islamic bank must also avoid doing business with products based on alcohol, gambling, weapons, pork and tobacco.

Islamic banking has grown in many markets, especially in the Gulf countries, over the last few years. According to EY, Islamic banking assets grew at an annual rate of 17.6% between 2009 and 2013, and will grow by an average of 19.7% a year to 2018. There are currently $2 trillion in Sharia-compliant assets held by Islamic financial institutions. However, this represents only a small part of the estimated total $223 in global assets held worldwide, according to a study by Credit Suisse.

Bank Muamalat is based in Indonesia, an overwhelmingly Muslim country. Established in 1992, the bank is hoping to grow the Islamic share of the market, which although low at present (5%) stands poised to increase as 135 million Indonesians are expected to join the emerging consumer class by 2030. Bank Muamalat is currently using mobile bank branches to travel rural areas and support micro-finance across Indonesia. It is also committed to installing Sharia-compliant ATMs around the nation.

“Islamic banks can offer a greater range of products than a conventional business,” said Hendiarto. “There is a lot of potential here in Indonesia, to align with the domestic culture. We are investing heavily in IT, digital banking and e-commerce. If the conventional banks can muster one or two product structures, we have five or six. We believe Islamic principles can provide better value for customers.”

One of the key Islamic financial products is a Murabaha loan. Instead of charging interest, the idea is to make the price completely clear and transparent to the buyer at the outset. So the bank will agree with the customer upfront what price will be paid through a series of instalments – including how much profit the bank will make on the sale. The bank then buys whatever items the loan is designed to cover – for example, a house, a car, or a new office – and gives it to the customer. To protect the bank against the risk that the customer might not pay the loan back, the bank retains legal ownership of the items until the loan is repaid in full. 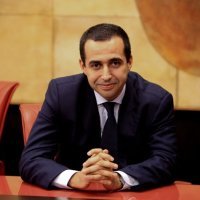 Bank Muamalat also offers revenue-sharing agreements, which is another form of Islamic loan in which the bank agrees to give an individual or a business some funds to help set up a new venture, in exchange for a share of the profits if the venture succeeds. If it does not succeed, the bank will lose its money. This kind of Islamic loan is designed to encourage communal development and profit sharing.

Challenges still remain for the Islamic banking sector if it is to grow its share of the market. Hendiarto admits that one survey of Muslim consumers using conventional banking found that there was a perception conventional banks still have the edge in terms of service level, and this deterred some customers from trying an Islamic bank. “We just need to improve the service level, and we believe that we can become even more competitive in the coming months.” Bank Mamualat uses the FlexCube core banking system from Oracle Financial.

Outside Indonesia, Islamic banking also faces a degree of scepticism in some of the most moderate Muslim countries. According to Ismail Douiri, co-chief executive at Morocco’s Attijariwafa Bank, there is not much demand for Islamic services in Morocco. Attijariwafa is a conventional bank that had never tried offering Islamic services before.

“About six years ago, we decided to offer some Islamic products to see if our customers were interested,” he told Banking Technology. “We noticed that there wasn’t much uptake. So we decided to try again, creating a new subsidiary called Dar Assafa, which means House of Purity. The idea was to create a more distinctive brand for the Islamic products, and see if that works. We made sure the new subsidiary was fully Sharia-compliant and put some effort into it. The results were better this time, but it still was not a huge success.”

Douri added that when the bank went back to the customers and asked them why they weren’t more willing to use Islamic financial services, it became clear that cost was an issue. “Moroccans are very pragmatic,” said Douiri. “They don’t want to pay more for Islamic services, even if the price is not that much more expensive. Some well-educated customers who really believe in the principles were willing to pay more, but there’s no interest from most people.”

The intense competition between banks in the Moroccan market may have also played a role. According to Douiri, due to this competition the return on investment is barely the cost of capital, leaving new entrants such as Islamic banks with little chance of carving a niche for themselves. He believes that Islamic finance will take a small share of the market, but that it is unlikely to make much of a dent in the conventional banking model.

“Some of the Gulf Islamic banks have said they will enter the market, but the new entrants will struggle to compete on price,” he said. “There’s not much room to compete. Perhaps the regulator needs to support this new segment, but it shouldn’t be given any special advantage. The principles are fantastic, but many of these are simply existing best practice.”