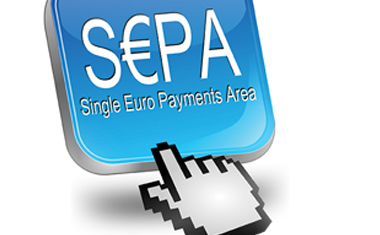 The EPC is updating the rulebooks for SEPA

The European Payments Council has set out new requirements under the Single Euro Payment Area Credit Transfer and Direct Debit schemes, including changes to the time cycle, business to business rulebooks and the process for SDD collection, following SEPA implementation in August.

SEPA is the European Commission initiative intended to make cross-border payments for EU countries more efficient. SEPA took effect inside the eurozone from August 2014 and will apply in non-euro EU member states from 2016. The initiative aims to enable customers to use a single bank account to make electronic euro-denominated payments to anyone anywhere within the 28 EU member states.

The new requirements are part of the EPC’s clarification paper, first published in January 2013 and continuously updated since then with guidelines and recommendations on how to handle situations that are not described in the rulebooks. The paper covers character set, pre-notification, sequence types for SDD collections, R-transactions and currency conversion for payment service providers.  The exact changes in the latest version of the paper, 2.1, are :

“Based on the feedback received during the 2014 public consultation on possible modifications to be incorporated into the rulebooks, the EPC resolved to include changes related to the SDD Core Scheme standard time cycle and the use of sequence types in both SDD Schemes in a further iteration of the SDD Rulebooks, i.e. the SDD Core Rulebook version 9.0 and SDD B2B Rulebook version 7.0,” said the EPC in its official statement.

The rulebooks for SDD and SCT as well as SDD for business-to-business customers were published in November, following a three-month public consultation held by the EPC. The rulebooks are due to take effect in November next year. To give stakeholders ample time to implement the main changes related to the standard time cycle and use of sequence types, the SDD Core Rulebook version 9.0 and SDD B2B Rulebook version 7.0 will be published together with the associated implementation guidelines in January 2015 to take effect in November 2016.