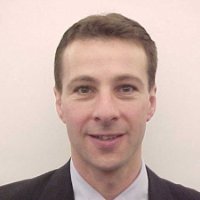 Simons at Eurex: interoperable clearing for derivatives is just not a good idea.

Controversy over the handling of derivatives dominated talk at the Mondo Visione Exchange Forum this week, where panellists contested the value of interoperability and whether CCP contagion might bring down the financial system.

“Regulators should absolutely not allow interoperability for derivatives,” said Philip Simons, head of OTC derivatives business at Eurex Clearing. “It creates systemic risk. If one interoperable clearing house goes down, it could result in contagion, potentially bringing down the others. Some of the CCPs may not be sufficiently capitalised at their current level, if they were to become interoperable. That’s a risk.”

Simons added that although models predict that the financial system is currently relatively ‘safe’, the events of 2007, 2008 and 2009 should serve as a serious warning not to become overly complacent. Despite having some of the best technology and staff available, companies such as Lehman Brothers failed to protect themselves against systemic risk. The models that suggest interoperable CCPs for derivatives could work may also be wrong, he said.

In equities, interoperable CCPs have existed for several years. Trading platforms such as UBS MTF introduced a choice of interoperable CCPs, allowing participants to consolidate flows with the clearer of their choice. Proponents of this arrangement suggest that it could also be applied to derivatives.

“The clearing model is designed to reduce risk for multilateral netting,” said Marcus Zickwolf, chairman at the European Association of Counterparty Clearing Houses. “Compared to bilateral netting, it reduces the risk fifteen times. In this model, yes there is a centralisation of risk but you have a great systemic advantage in lower risk overall.”

These points were defended by Diana Chan, chief executive at EuroCCP, who pointed out that interoperability has been running in equities for three years and has not resulted in any major problems. “Competition is a good thing but what people really want is to bring all their clearing into their CCP of choice so they can get the maximum multilateral netting,” she said. “It reduces risk in the whole system.”

However, Simons continued to argue against the effectiveness of the CCP model, especially in derivatives. Instead, he suggested that having the whole of one asset class in one CCP would far outweigh the interoperability of one product. Bringing together cash equities, equity derivatives, OTC derivatives and securities lending activities on a single platform would increase the advantages further, he added.

“Interoperability is good in equities – I wouldn’t dispute that. But is it the best solution? I would question that,” he said. “It’s completely inappropriate in derivatives. We need to ring-fence the CCPs. If one of them goes down, we will need a home for the other clearing members to go to, and if all the CCPs were interconnected, you could end up with the whole system down.”

Other criticisms of the current market structure for post-trade also emerged during the session – in particular, the number of depositories and the fragmented state of the industry. Zickwolff suggested that Europe has too many clearing providers, and that “Europe doesn’t need five or seven trade repositories”. One of the key challenges for the industry should be how to reduce that fragmentation and replace it with consolidation. However, fellow panellists did not agree.

“If there is no choice there will be no fragmentation. That’s called a monopoly,” said Chan. “You decide. The collateral needs to be increased, and it will be. But the reduction in fragmentation through consolidation of collateral will be a far greater benefit. If you add those fragmented collateral pools together through interoperability, that’s a much better system.”

Despite Simons’ protestations, a snap-poll conducted among the audience during the session returned a verdict of 83.8% in favour of open access to CCPs, and 16.2% against. However, the European Commission’s original proposals for EMIR, which seeks to regulate derivatives in Europe, contained a requirement for open access to clearing for derivatives – a requirement that has since been watered down and largely dropped.

In the UK, regulator the Financial Conduct Authority began a series of EMIR implementation reviews in September, to check how financial institutions are preparing. EMIR is being phased in, with implementation expected to be complete by the end of next year.