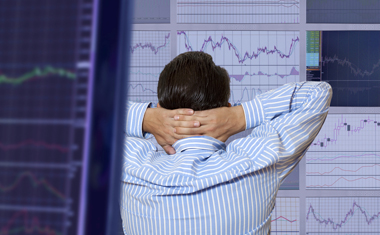 Capital markets firms often have little idea how much they are spending on technology and even less control, according to a new report by Tabb Group and Thomson Reuters. The report’s authors call for greater emphasis on data, which could help to save the half a million dollars per front office employee spent on technology every year.

The report found that a typical investment bank can spend up to $460,000 on technology related costs every year per front office employee.  Even when averaged across all employees, the figure was still as much as $122,000. It also estimates that that current spending analyses are often “woeful” underestimates, since they exclude human capital costs for IT, which are usually three times as much as hardware, software and data.

According to Thomson Reuters, the investment banks featured in the survey could save around 20% on the total cost of technology by moving certain elements into the kind of cloud-based managed service like its own Elektron.

“There is a huge lack of understanding of what total cost of ownership really means, even amongst the biggest banks,” said Paul Rowady, principal and director of data and analytics research, Tabb Group.  “Capital markets firms cannot effectively evaluate new solutions versus existing without improving the measurement – and benchmarking – of their total technology spend.  This means they risk not being able to allocate resources to the tools and services that will ensure their growth and profitability.”

At the moment, there seems little difference in spending habits between firms – whether based in the US or Europe, sell-side or buy-side, large or small, the spend per employee is similar – leading the report’s authors to conclude that these firms all use similar solutions and data. The report adds that this situation leaves space for firms to make better use of data to steal a competitive edge over their rivals. For example, the paper argues that how a firm migrates from the tools of the past to those of the future depends on its ability to perform detailed total cost of ownership measurements and other relevant metrics.

Unsurprisingly, Thomson Reuters predicts that managed services will become more mainstream in the near future, with smaller organisations particularly able to benefit. Managed services are expected to change the business models of capital markets firms by moving them from a capex to an opex funding model, which should make it easier to scale up or down as required and therefore improve time to market. However, it also cautions that headcount reduction is not necessarily the right solution, since it is only via human capital that firms can convert technology into revenue.

“The next age of global markets will be marked by increasing efficiency and – surprise surprise – unthinkably awesome innovations,” read the report. “Firms that don’t reconfigure their technical footprint to deliver far better performance at substantially lower costs will find it difficult to stay in the game.”