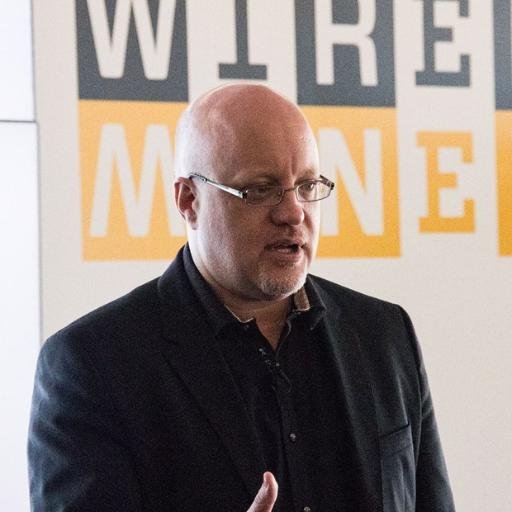 King believes that the mobile has redefined the rules

Banks need to stop trying to exploit customers and start actually helping people, according to Brett King, chief executive at Moven. Instead of getting people to max out their credit card, a progressive bank should use smartphones and Big Data to help the consumer with the little things.

“By the middle of the next decade, cash will be marginalised, and by its end the case for cash will no longer exist,” King told Banking Technology. “You’ve got to start thinking differently. When we brought in the credit card, it was all about getting the customer to max out their credit, because that’s how we as an industry made money. But the world has changed. Mobile is central to people’s daily lives – and it’s going to send our conversion rates off the chart.”

King is relatively well-known in financial services for his evangelism for mobile banking. He founded Moven, a mobile-only bank, which went live in the US in February. He has also published two books, Bank 2.0 and Bank 3.0, which set out some of his key arguments about how banking has been changed by the rise of the internet and the mobile phone.

One of his central ideas is that customers will not need to visit a bank branch in the future – instead, banking will primarily be done by smartphone. King told Banking Technology that the idea to start up a mobile-only bank came to him during a signing of his book, Bank 2.0.

“They asked me which of the big global banks was most ready to figure out the impact of mobile,” he said. “Then it hit me – none of them were. I thought about a Millennial customer in 2020, and asked myself how they would open a bank account. It was obvious – they would do it on a mobile. But nobody was thinking like that and nobody was doing it.”

What a mobile bank means in practice basically comes down to a combination of context, personalisation and personal financial management. Moven’s mobile app has a spending meter, which is coloured green, yellow or red, depending on whether the user is near their spending targets for the month or not. The user sets their own target, and the app breaks down spending into different categories such as evening meals, taxis, takeaways, transport and so on.

“It will say, ‘Did you know you spent $400 on taxis this month?’” said King. “I never knew I spent so much on taxis! It will also help you to answer the questions we all have – things like ‘is this a good or a bad purchase’, and ‘can I afford to buy this’. That’s the most important advice a bank can give you. Banks think pushing a product at you is advice but it’s not.”

King added that there is a strong incentive for governments and local authorities to adopt mobile, because they can cut down on tax avoidance by getting rid of cash. While security has long been a concern for consumers and large financial institutions, he claims that the mobile now offers the possibility of tokenised forms of identity that will prevent stolen identity crimes. For example, a token randomises the customer’s number, so that if the phone is stolen, the criminal can’t gain any advantage. Face recognition can also help to identify a customer.

Moven was originally named Movenbank, but changed its name last year after King found that sample consumers didn’t see his new business as a bank at all. “We noticed during testing with Millennials that they had started calling it Moven rather than Movenbank,” said King. “We asked them why. They replied, ‘you’re not a bank – you’re cool’.” It has been called ‘Moven’ ever since.

King is currently writing a new book, to be called Augmented. The book takes on board developments such as Google Glass and other augmented reality technologies, as well as the Internet of Things, in which household devices are connected to the internet and communicate with each other and the user wirelessly. Google recently invested $542 million into digital light field technology that can project a visual display in 3D onto any space.

According to King, in the near future mobile devices will warn us if our blood pressure is too high, decisions will be made based on data, machine intelligence will become ingrained in society, and algorithms will help decide insurance and claims. It is a technological shift that has the potential to change the world.

“We will see the fastest move of unbanked to banked customers in human history over the next few years,” said King. “By 2020, 97% of the world will have a smartphone. A two year-old smartphone comes on the market for $40. The Android ones are at the level of the iPhone 4 and they are already less than $100. When they hit $20 by 2020, that standard will be within reach for many people.”