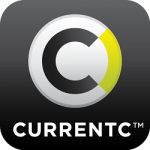 MCX has spoken out for the first time since Apple Pay’s launch and the ensuing media frenzy over two of its members allegedly turning off NFC capabilities on their terminals. In a blog post on the MCX Website, CEO Dekkers Davidson confirmed MCX merchant member exclusivity when it comes to mobile payments acceptance and defended the security and data privacy policies of the coalition’s own mobile app CurrentC, which is expected to launch in 2015.

The post follows numerous reports that consumers were able to use Apple Pay after the mobile wallet initially launched on Oct. 20—to much fanfare—but were unable to do so later. Consumers then took to social media to voice their frustrations over the alleged change in policy.

“Much of the conversation the past couple of days has been misinformed about the product MCX is developing, so we’d like to set the record straight,” Davidson wrote. “Last month we announced that we are in market with private tests of our CurrentC mobile payment solution. We intend to scale up to a nationwide launch next year, and as we move forward, we will have more to share.”

Davidson described what MCX see as the benefits of CurrentC—for example, it works on any phone; integrates coupons, loyalty and payment; provides multiple ways to pay, including gift, credit, debit cards and checking accounts—and he defended the security of the solution and MCX’s commitment to consumer privacy. Some consumers suggested in social media posts that they felt CurrentC would be less secure than Apple Pay because they believed they would have to share personal details, such as Social Security numbers and bank account details, to use the app.

“MCX merchants make their own decisions about what solutions they want to bring to their customers; the choice is theirs. When merchants choose to work with MCX, they choose to do so exclusively and we’re proud of the long list of merchants who have partnered with us,” he added. “Importantly, if a merchant decides to stop working with MCX, there are no fines.”