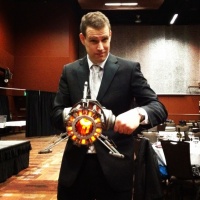 The new XEMT service will combine XE’s user interface with Currency Cloud’s international payments engine to offer the ability to transfer funds anywhere in the world. The platform will have tracking, reporting and volume-based pricing features. The idea is to tackle customer concerns about exchange rates, speed of transfers and transparency, which were all highlighted in a recent survey by XE as the top issues for customers.  57% of customers in the UK listed transparency of fees as one of their biggest concerns when transferring money.

The cost of FX transactions and cross-border payments in general has been an issue for a number of years. For example, Western Union promises to send cash amounts up to £700 from the UK to Poland for £3.90 – but this figure does not include the cost of FX. According to alternative cross-border payments specialist Azimo, once the cost of FX is taken into account the true cost of making the transfer would actually be £32.64 via Western Union, and as much as £42.50 at a generic high street bank.

At Barclays, most international payments will incur a basic £25 fee – but further charges may be imposed to cover fees imposed by the foreign bank to process the payment. The value of these charges varies from country to country, bank to bank and sometimes even between different regions of the same country, meaning that the full cost may not be clear to the consumer at the outset. Meanwhile, HSBC provides international money transfers at an FX rate that refreshes every 90 seconds.

Critics of the current status quo argue that the lack of transparency is harmful to the consumer and ultimately lines the pockets of a few large businesses at the expense of the end recipient of the funds.

“There’s a perception that people don’t understand FX,” said Michael Kent, chief executive at Azimo. “That’s so outdated, paternalistic and it’s not true. Firms such as Barclays pay a fraction of a basis point for FX, and then give it to their customers at 3.15%. That’s 3,500% mark up. The reality is it can be done so much cheaper. Bill Gates said last year if the cost could be brought down from 10% to 5%, it would free up $16 billion a year that can be used on poverty eradication in the developing world.”

In the early 90s, XE was one of the first interactive sites on the web giving clients access to a mid-market rate while emphasising in its marketing the concepts of transparency and openness.

“We’ve had a very positive experience working with Currency Cloud,” said Steven Dengler, chief executive and co-founder, XE.com. “We are excited to launch a service that not only meets business needs, but also continues our 20 year commitment to deliver transparency, efficiency, and above all, respect for our customers.”

“Both of our companies put transparency and customer trust first, which made for a truly collaborative partnership in terms of both tech development and corporate philosophy,” said Mike Laven, chief executive, Currency Cloud.  “The integration of the two services resulted in a truly comprehensive platform that brings tremendous value to the overall market and its end-users.”