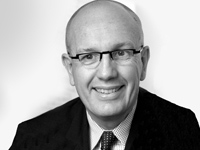 Corporate treasurers are increasingly looking beyond traditional of finance to a wider range of alternative funding options that support their working capital requirements, according to a study by financial systems firm Demica.

The need to unlock trapped liquidity has become even more important in the post-crisis economic landscape as standard bank credit becomes more restricted and expensive, the report says. As a result, companies are increasingly looking for alternative financing methods, according to 80% of survey respondents.

Corporates are particularly keen on exploring methods of releasing additional liquidity from their accounts receivable, said 87% of treasurers. Because supply chain finance extends buyers’ payment terms while enabling early payments to suppliers at an affordable cost, 83% of respondents observed growing enthusiasm for this credit facility among their industry peers.

The survey showed that 40% of respondents already offer such a finance facility to their suppliers. Enhancing working capital liquidity for the buyer company is the most important driver for the implementation of the programme, followed by the provision of liquidity to suppliers and reducing supply chain risks.

At the same time, trade receivable securitisation is becoming an increasingly important component in corporates’ working capital strategy: 16% of respondents are currently running a TRS programme. The decisive driver for doing so is, first and foremost, to improve liquidity. The desire to obtain more favourable financing conditions and diversification of refinancing channels came as the second and third most important motivators. Among those that have not implemented a TRS programme, 25% are planning to do so in the next year. Factoring, once regarded as the lender of last resort, is now embraced by companies large and small. Already more than 25% of the surveyed treasurers are using factoring as an effective funding tool to increase liquidity, with volume ranging from €700,000 to €800 million.

Phillip Kerle, chief executive officer of Demica, said: “The financial crisis has highlighted the importance of cash and liquidity in times of need. Working capital optimisation will therefore remain a priority for companies, even as the global economic prospect gradually brightens. Underpinned by technology, working capital solutions such as SCF and TRS help companies automate financial processes, thereby improving visibility, enhancing operational efficiency, reducing costs and most importantly, freeing cash for investments that support a business’ long-term growth and prosperity. Since working capital is an optimal alternative source of incremental cash, diversification of funding sources through working capital solutions is not an option, but an imperative for companies to build agility in order to meet the demands of an increasingly global supply chain.”

The study was conducted amongst a sample of 78 corporate treasurers and financial managers.