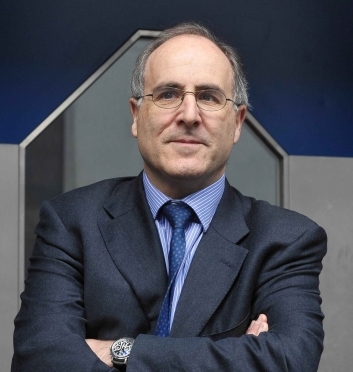 Massiah: ‘break with the past’

Banks must find new ways to connect with consumers, or risk going out of business. But how to achieve a successful transformation exercised the minds of senior bank representatives at a conference in Milan this week.

“In 20 years’ time the present players will no longer be here if they don’t change attitude and look at the priorities of the young people, which are totally different to the adults,” said Victor Massiah, chief executive at UBI Banca. “The branch network is reducing by around 15% per year. Internet transactions are increasing. The only way we can handle this situation is to accept there is a significant break with the past.”

These kind of sentiments are not unique to UBI, or to Italy. Branch networks have been declining for years. But the best way to respond has vexed minds across the industry, with some banks launching as online-only businesses, others focusing on mobile and online development and still others opening up revitalised branch networks stocked with the latest technology including wide screen touch-TVs, iPads and tablet devices. Which approach works best remains to be seen.

UBI Banca has set its sights on finding new ways to attract and retain customers. Massiah rejects the idea of free banking, so the bank has focused on providing extra value. One of the resulting schemes is a contactless prepaid card which the bank uses to offer a discount ski pass to its customers.

“We are trying to reduce the cost of our services, but if we limited ourselves to that alone it would not work,” said Massiah. “Of course this implies some changes. But banks must be able to expand their range of services. New models are necessary. Some banks need to move from a strictly online approach to widen their reach, others vice versa.”

Massiah was speaking at the annual Expo organised by Italian payments processor SIA, where other delegates suggested that mobile wallet and mobile payments developments such as Apple Pay proved that there was an increasing convergence between conventional banks, mobile network operators and mobile technology companies. According to Aldo Bisio, chief executive at Vodafone italia, the new Apple Pay service, which is due to launch on 20 October, represents more of an opportunity to banks than a threat.

“It’s about 80% opportunity, 20% threat,” he said. “It Italy we have five million NCF SIM cards and that number is rising all the time. Next year we will issue a SIM that is only compatible with NFC. I believe that full interoperability among all operators and the banking system is the future. Apple and some of the companies from California have promoted a strong monotheistic approach to user experience. This cannot be adapted to bank needs. But in Italy, we are building a different model.”

By ‘different model’, Bisio was referring to card schemes such as MasterCard MasterPass, which uses the same NFC technology behind Apple Pay. Apple opted to place the secure element on the phone rather than on the SIM, avoiding giving control of the technology to the mobile operators. But Bisio argued that through its use of Tokenisation, Apple would essentially act as a push for consumers to get used to technologies such as NFC which can then be used more widely by the community, regardless of device. In this, he was supported by others, including card companies.

“The fact that Apple – known for reinventing everything – adopted the same payment system method we introduced five years ago is a huge success,” said Bruno Degiovanni, head of business development and product sales, southern Europe, at MasterCard Europe. “Today you can create a wallet that has all the features of Apple Pay or Google Wallet. Even a small bank can build something that will interest consumers.”

Degiovanni added that MasterCard Europe has seven bank partners that developed a wallet using it as a standard, and that cards would continue to play a fundamental role in the future, in electronic form. However, other delegates cautioned that the technology experts should not get too carried away with their innovations, and reminded the community to stay in touch with ordinary consumers. According to Stafania Gentile, head of transactional products marketing, Intesa Sanpaolo, the banks have a duty to educate consumers about the new technologies that are changing the industry, to overcome fears about security, and to challenge employees to think outside the comfortable surroundings of the bank and its familiar terminology.

“It’s not a case of just spreading ideas that are cool,” she said. “We really need to educate people. Don’t let us forget the research that shows the mistrust and the reluctance of a very important part of our customers towards new payment technologies. At this conference we use technical terms that only we understand, but when we need to speak to clients we need to start teaching them and be simple and clear. We need to teach them well or we might just lose the game.”