The ISO 20022 standard is 10 years old this year, but its roots go back to some five years before that, and the story of its development and adoption is likely to go on for many years in the future.

The datum point is probably the publication in 1999 of a Green Paper from SWIFT called ‘Building Standards for Tomorrow’. The modest proposal in that document is that “the next generation of standards will be based on a structured and formal framework”.

In practice, it goes on, that will consist of “business information modelling, end-to-end transactions, scenario-based standards, flexible but stricter validation levels, standards for interactive, a single business standard and implementation tools”.

One of the authors of that report was Frank Vandamme, who had joined SWIFT from the IT industry in 1995 and soon migrated towards the Standards area as the early concepts of what became ISO 20022 were emerging.

“When I came in it was a very manual world – in fact Microsoft Word was the only tool that was used,” he recalls. “There was a goal to get more automation and more quality control because it was very error-prone. There were various reasons why this could and should be improved – the community wanted improvements in STP and in cost reduction, because standards were considered expensive, and SWIFT was also starting on its Next Generation technology renewal programme. We wanted to have a next generation of standards.”

The concept was to create a common business modelling methodology to capture, analyse and describe the business processes of users. It was to be a global standard, open and available to all. ISO 20022 is aimed at businesses that want to streamline their communication infrastructure and associated costs by opting for a single, common language for all financial communications, whatever the business domain, the communication network and the counterparty.

In ISO 20022, the models and the derived outputs are stored in a central financial repository. The ISO 20022 repository offers industry users and developers free access to a data dictionary of business and message components and a business process catalogue containing message models and corresponding XML schemas. If there are no ISO 20022 messages to cover a specific transaction, standards initiatives can be launched to define new models and messages and submit the new solution for approval by the ISO 20022 registration bodies. SWIFT was nominated and appointed to be the Registration Authority for ISO 20022 in 2004, and is still has that role.

The flexibility of the framework is intended to encourage users to build business transactions and message models under an internationally agreed approach, and to migrate to the use of a common vocabulary and a common set of syntaxes.

The repository and data dictionary that are at the heart of ISO 20022 contains a lot of description of what information is used in the business – what does it mean, how is it used, what are the rules around it in different parts of the business? 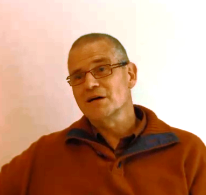 Vandamme: the repository is at the heart of ISO 20022

Vandamme says that the role of the business was central to the initial thinking. “You want to support the end-to-end business, and that doesn’t start and end with a bank – you have to consider the end-to-end business process, and understand what information people need, he says, adding that it is “very important that the business people are involved – and not just the business people that are involved with SWIFT, because it goes beyond SWIFT. The community needs to take ownership and decide what information is important and how it evolves. It must be pragmatic and be useful to the end-to-end community.”

Stephen Lindsay, head of standards at SWIFT, says that what this has led to is the development of something beyond a mere messaging protocol.

“ISO is a methodology, a recipe for creating standards, and it is also content,” he says. “We’ve been active on both fronts. We assemble working groups of experts to create new message standards and we contribute to the ISO Standards Evaluation Groups that are responsible for their ongoing maintenance. More than 15 organisations have already contributed content to the repository, with SWIFT being one of the most significant content contributors.”

The running and implementation of the standard at SWIFT was handed to Patrik Neutjens, head of reference data, six months ago. This new role was prompted, he says, by increasing demand, especially in the market infrastructure space. A large part of his role is now helping clients with guidance on their many questions about how to implement ISO 20022 . “When people migrate, my role is to support SWIFT market infrastructure communities who have decided to move to ISO 20022 , and make sure all SWIFT processes, products and services are in place to support the MI and its members,” he said.

This role is necessary, partly because ISO 20022 is a key plank in several financial services initiatives in Europe, including both T2S and SEPA. T2S is the European Central Bank project to improve the region’s post-trade infrastructure by removing cross-border barriers to trade. T2S participants will need to implement the ISO 20022 standard.T2S is due to launch in July 2015.

SEPA is/will be implemented in 34 countries (the 18 Euro area countries, the 10 EU Member States with currencies other than Euro and 6 non-EU countries: Iceland, Liechtenstein, Monaco, Norway, San Marino and Switzerland).

SEPA is in effect since 1 February 2014 for all Euro areas member states (18 countries). For non-Euro area member states, the deadline for migration is set to 31 October 2016.The proposed European Commission standards for e-invoicing and eBAM are also both based on ISO 20022. In Japan high and low value payments are based on ISO 20022 and in Russia, the country’s new domestic debit card scheme is built on the standard.

“It is a global movement, for market infrastructures, payments and securities,” said Neutjens. “The SWIFT network has a high level of advanced value added features. SWIFT has advantages like security, guaranteed delivery, global reach, and these features are sometimes taken for granted. In Europe, we now also see a move to ISO 20022 for high-value payments. TARGET2 and EURO1/STEP1 will move to ISO 20022 in 2017 and will be using SWIFT’s new SWIFTNet Copy service to exchange high-value payment transactions efficiently and securely,” says Neutjens. SWIFT is ready to support any MI community wanting to adopt ISO 20022 with our portfolio of network and messaging services and our standards tools,” says Neutjens. “Additionally, SWIFT is trusted as a standards expert, and it has a good global view of what everyone is doing, which puts it in the unique position of being able to provide advice to communities wanting to adapt the global standards to their local needs, but aligned as much as possible with other initiatives adopting the standards; the market is extremely interested in that – Canada is looking at implementing ISO 20022 in payments, Australia has also committed to ISO 20022, and Brazil and Colombia are looking at it for their market infrastructure. The US did a big study on this driven by KPMG. The ball is rolling.”

According to Lindsay, the advantages of ISO 20022 are that interoperability makes it easier to communicate and drives costs down, because banks and corporates don’t need to implement a separate set of standards for dealing with each individual bank. Furthermore, the difference between ISO 20022 and other standards is that it was designed to evolve flexibly over time, without changing the underlying business concepts and data. “Large infrastructure projects tend to take a long time,” he said. “Five years is not unusual, and if the standard is designed to evolve, it makes a lot of sense. That way, people know their investment is protected.”

Lindsay also points out that ISO 20022 adoption is not being mandated by SWIFT; it is a community and market-driven adoption. “Communities move when they are ready,” he said. “Lots of domestic market infrastructures are using FIN MT standards or their own proprietary standard. When technology upgrade time comes, they adopt a global standard. As first and foremost adopters, we see domestic or regional market initiatives/infrastructures which are renewing their technology, want to offer new services – such as real-time payments or enhanced remittance information – and need to comply with regulation/harmonisation.”

With initiatives in the securities markets such as T2S, adoption of the standard will be a natural progression from use of the existing FIN-based services. In other areas, local modernisation initiatives present an opportunity to use ISO 20022 for domestic payments.

SWIFT is also seeking to grow its standards presence in Singapore, Hong Kong and Australia, as well as other Asian markets where ISO 20022 is gaining ground as financial market infrastructures becomes more sophisticated. A dedicated team of Standards experts was established in 2012 in Singapore, and they have seen a great influx in appetite for standardisation and market-practice setting.

Looking back, Vandamme is pleased with the way the original model is panning out – though after 15 years, he takes a long view: “We are getting into a position where everything can be done in the same way – we are not there yet, and it will take a long time, but there is a vision of where we want to get to.”

But with the benefit of hindsight, there are a couple of things he thinks might have been done differently. The first has been the focus on XML, which at times has almost become synonymous with the standard. “In my view XML is not the major part – it’s there because it’s a useful technology that can do a lot of things easily – but I’d have liked to take the discussion to the real core of ISO 20022 which is the repository and how you get the right business information into it,” he says. “Maybe we should have taken some more time to focus on that.”