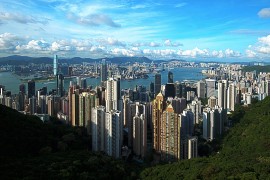 Hong Kong has become the second jurisdiction to sign up to use Swift’s Market Infrastructure Resiliency Service to improve operation of its real-time gross settlement system.

Launched earlier this year, MIRS was developed by Swift and a group of central banks as an RTGS back-up service. The Bank of England went live with it in February 2014. MIRS, run by Swift, stores data independently and securely, while enabling effective retrieval once business operations are resumed. A key attribute is the ability to reconstruct balances at point of failure.

Haster Tang, chief executive of the HKICL, said: “MIRS will complement the suite of business continuity arrangement and strengthen resilience of the RTGS platform in support of the clearing and settlement of Hong Kong dollars, US dollars, euro and renminbi in Hong Kong. As a system operator of the multi-currency RTGS systems and with the blessing of the HKMA and banking industry in Hong Kong, we will continue to work in collaboration with Swift to implement this strategic initiative for contributing to financial stability in Hong Kong.”