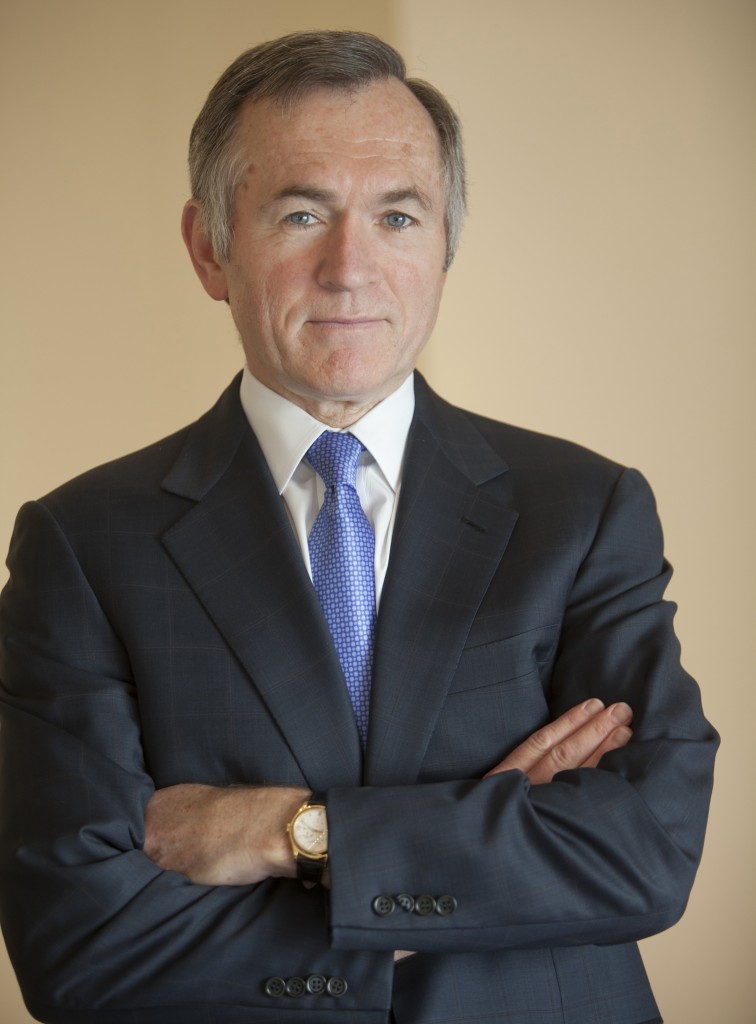 The global financial economy has undergone severe shocks over recent years, from which it has not yet fully recovered. Stable economic growth and the preservation of market confidence must be the priority for central bankers and market participants around the world.

As all entities look for ways to reduce risk across financial markets, the creation and experience of CLS Bank offers a unique example for how co-operation and investment can work between and across national borders and jurisdictions to mitigate financial risk.

CLS was formed through a major effort across national boundaries by a range of institutions to address the biggest risk to the world’s largest market, namely settlement risk. This is the danger that a bank could lose the principal amount it pays out in a currency transaction if the other side defaults.

Today, we are among a small handful of institutions to be designated as a systemically important financial market utility under the Dodd-Frank Act for our role in maintaining stability in global financial markets.

CLS is owned by some of the world’s most prominent foreign exchange banks and serves over sixty settlement members and more than 11,000 third party clients, including most of the largest financial institutions in the world.

And while it was created as a result of unprecedented co-operation among the global FX community, delivered through operational and technological investment, the impetus behind the launch came from regulatory concerns regarding the potential for FX settlement risk to be a major source of systemic risk.

This co-operation between central banks, regulators, and the wholesale banking community led to the formation of CLS to mitigate settlement risk in the foreign exchange market.

CLS mitigates settlement risk through the provision of its unique payment versus payment settlement service, which has direct links to the real time gross settlement (RTGS) systems of the currencies it settles.

In addition to mitigating settlement risk, CLS also streamlines and standardises FX operations, significantly reducing operational and trading costs for its users, be they direct members or third parties connecting through a CLS member.

As a result of our organisational design and remit to mitigate settlement risk in FX, CLS has a broad range of cross-border overseeing bodies and adheres to a wide range of laws, rules, and regulations applicable to systemically important financial market utilities.

The central banks whose currencies are settled in CLS Bank have established a cooperative oversight committee which operates as a mechanism to promote safety, efficiency, and stability in the financial markets and payment systems in which CLS Bank participates. The Federal Reserve organises and administers the CLS Oversight Committee, which is the primary forum for the participating central banks to carry out their co-operative oversight of the CLS system.

In addition, CLS Bank complies with regulations related to designations imposed by various jurisdictions with which it interacts.

The genesis of CLS goes back to 1974, when the German bank Bankhaus Herstatt failed in the midst of several major foreign currency transactions.

Its counterparties had already delivered their obligations, but Herstatt lacked the assets to meet its side of its exchange commitments, so counterparties never received the currencies they were promised. This failure to honour its commitments started a chain reaction, or contagion.

Over the next three days, the amount of gross funds transferred in New York’s multilateral net settlement system declined by an estimated 60% amidst concerns over this exchange settlement risk.

This type of settlement risk—the possibility that a counterparty will fail to meet its side of a foreign exchange obligation—soon became known as “Herstatt risk” which remains the largest risk to the largest and most liquid market in the world.

In the period after the Herstatt failure, work was undertaken to reduce the risk that a foreign exchange counterparty would default before honouring its obligations.

Responding to the cross-jurisdictional implications of the Herstatt debacle, the G-10 countries (the G-10 is actually eleven countries: Belgium, Canada, France, Germany, Italy, Japan, the Netherlands, Sweden, Switzerland, the United Kingdom and the United States), Luxembourg and Spain formed a standing committee under the auspices of the Bank for International Settlements (BIS). Called the Basel Committee on Banking Supervision, the committee comprises representatives from central banks and regulatory authorities.

The failure of Herstatt Bank was a key factor that led to the worldwide implementation of Real Time Gross Settlement Systems, which ensure that payments are executed in real-time and are considered final. The work on these issues was co-ordinated by the Basel Committee on Banking Supervision under the Bank for International Settlements.

This in turn led to the creation of continuous linked settlement, or CLS, and the payment versus payment process which enables member banks to trade foreign currencies without assuming the settlement risk associated with the process, whereby a counterparty could fail before delivering their leg of the transaction.

The financial crisis proved a defining moment for this model. It provided compelling proof, if any were needed, that reducing settlement risk is critical to overall financial market stability and that this model should be extended further across the globe.

Despite the uncertainty in other asset classes, CLS did what it was designed to do – mitigate FX settlement risk during periods of exceptionally high volatility and facilitate liquidity flow. When Lehman Brothers failed, not a single institution lost money on an FX trade if they were linked through CLS.

To highlight just how remarkable this is, we need to look to 2008, when global financial markets were in meltdown. Credit lines froze and asset prices tumbled as the sub-prime crisis sparked fear and panic around the world.

Market sentiment deteriorated rapidly and money and capital markets were brought to a virtual standstill. Foreign exchange was the only major financial market that continued to function without disruption.

This is thanks, in part, to the collaborative efforts of the industry in coming together to define and build a robust solution to mitigate settlement risk through the formation of our organisation.

The lessons learned are clear. No financial market can afford to be complacent and there is much to be gained from sustained communication, co-operation and investment in risk management and operational systems.

Every system facilitating globally traded assets must have the capability and the operational resilience to withstand times of crisis. That requires a combination of vision, co-operation and the commitment of investment.

CLS will continue to deliver on our mission to mitigate a major risk in international currency markets through investment in technology and respectful co-operation across borders and jurisdictions.

At CLS, our technology programme is a vital element of our growth plan. We are a bank-owned institution launched in 2002 to eliminate settlement risk, one of the biggest dangers in the FX market.

The currency markets are the largest and most liquid of all markets: an estimated $5.3 trillion changes hands every day, according to the latest triennial survey by the Bank for International Settlements.

Earlier this year, I had the opportunity to work closely with the team as I assumed the temporary leadership of the function. It gave me a deeper insight into the complexity of our technology programme and the important of its role in the FX market.

Despite the ebb and flow of volatility, there remains a compelling business and investment case for banks, investors and corporations to trade foreign exchange.

CLS has become an integral part of that market and plays a vital role in providing risk mitigation services to enhance financial stability and underpin confidence in the market.

It’s a straightforward and clear example of what the industry can achieve through sound technological investment and international co-operation to mitigate a very real threat to market stability.

The coming years will prove crucial in shaping a strong, healthy and risk-free trading environment in currency markets. As markets evolve, it remains critical that no gaps are created which could reintroduce settlement risk.

We will continue to work closely with the central banks, regulators, governments and financial institutions to enhance the stability of global financial markets.