Corporate connectivity – is Swift the only answer? 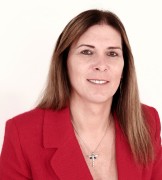 Corporates want easier connection to their financial institutions – is Swift the answer or do other options exist?

Let’s start by looking at eligibility criteria for corporates to use Swift under the category of corporate; ‘the corporate entity should be listed on a regulated stock exchange of a country that is a member of the Financial Action Task Force (FATF) or, be majority owned by one that is.’ Given this criterion, the vast majority of corporates in the world are therefore ineligible to use the Swift service, writes Fiona Hamlton.

For corporates occupying the 99.999%+ under the tip of the metaphorical eligibility iceberg, other ways to communicate electronically with their banks already exist and have done for decades. Whether via secure file transfer of payment instructions such as BACS in the UK via FTP or, increasingly, via bank provided web portals providing upload facilities or the manual input of “Real-time” payments, the facilities are there and by and large work perfectly well.

However, for eligible corporates, Swift connectivity has its benefits. It is standardised, robust, highly available, secure and has been at the heart of global financial services communication for four decades, especially in the areas of payments and securities settlement. For banks or other regulated financial institutions, usage of Swift is seen as mandatory if you want to conduct cross-border business.

Through Swift services such as SCORE, a corporate can access any bank that is a member of the service or, if they have a strong global relationship with a single bank, they can leverage the MA-CUG (Member Administered Closed User Group), which that bank may be hosting within the Swift network. By plugging into the Swift ecosystem, corporates talk the same language as the rest of the financial markets, thereby ensuring common understanding and high STP rates.

Historically, most global corporates tended to have a decentralised approach with operating units typically existing within individual countries. Thus, their banking requirements in those domestic regions could be adequately catered for using the old-time fashion indicated earlier. However, as companies have grown and treasury operations have become more sophisticated operating under yet tighter margins there has been a marked move towards centralised functions in one global centre or, at most, across three hubs in the Americas, Europe and Asia. These larger corporates have effectively created in-house banks that are not only executing payments and demanding better cash management facilities and visibility from their banks, but are also actively engaging in foreign exchange and money market trading, making use of hedging instruments such as derivatives and utilising supply chain finance.

In these complex corporate environments, there is certainly a strong case for joining Swift.  However, it might be worth noting that in actual fact, joining Swift is not under the guise of full membership as only financial institutions can become shareholders of Swift. Therefore, unlike a shareholder that can communicate with any other member, a corporate can only communicate with their partner bank(s), not with other corporates. This restriction means that if Swift is chosen as the main communications channel within the banking chain, then the corporate will have to implement separate channels for communicating with their supply chain and partners. The annual fees for connecting to Swift as a corporate are not huge, however, and per message or per block of characters subsequently charged not substantial. However, in the tight margin world that exists outside financial services, fractions of a penny make a difference and cannot be completely ignored.

The corporate world, especially in the case of retail, is driven today by customer-facing web-based technology and as such, should take into consideration that the traditional ways of operating banking relationships may not stay the same forever. Virtual currencies such as Bitcoin and open payments systems, based on virtual currencies such as Ripple, are now maturing. Much like the now ubiquitous PayPal, one of these alternatives or another as yet unknown, will become a viable alternative to some facets of a traditional banking relationship.

Conversely, it could be argued that other financial networks such as SAP’s Financial Services Network (FSN), with a strong focus on the corporate world are now alternative options as are the big single pipe approaches offered by Telcos that continue to provide connectivity options.

So really the question to be asked is not if Swift is the only option, but what architecture corporates should put in place to give them the flexibility to change their methods of communication. Least-cost routing, should undoubtedly be part of that decision making process.

Connecting via Swift may be the best choice now, but corporate treasurers must ensure that if alternate routes offering lower costs or better functionality materialise, that their financial traffic can be quickly and easily re-routed.