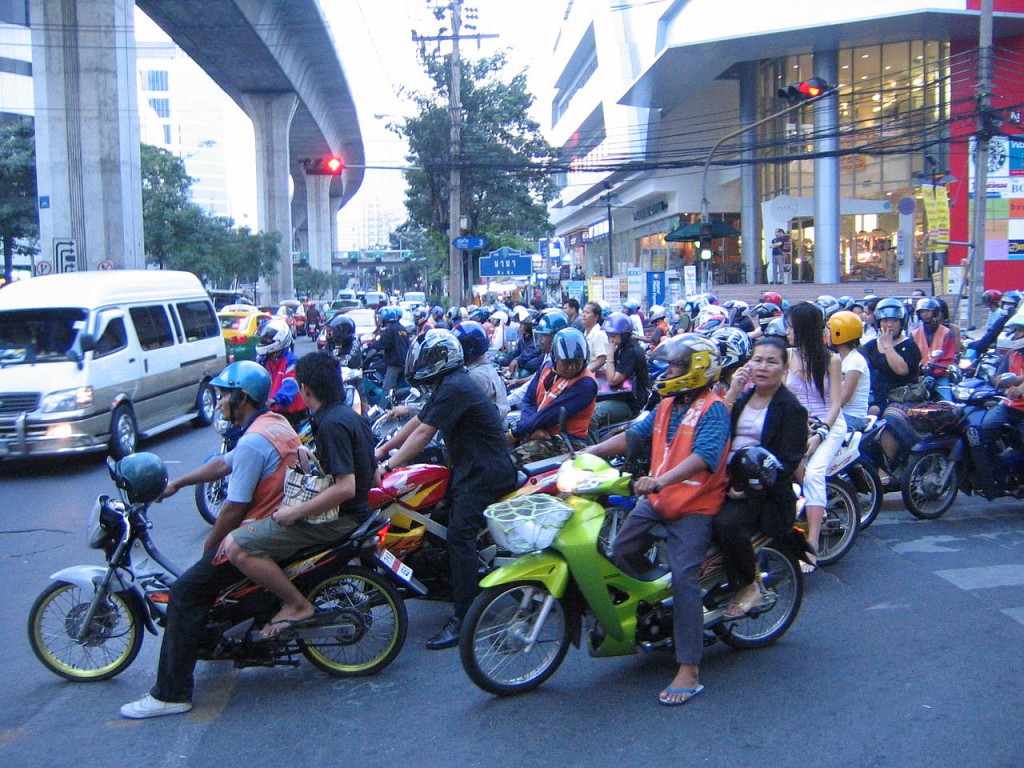 Thai consumers on the move in Bangkok

Young Asian consumers on motorcycles want to be able to start a transaction while riding and finish it at an ATM, according to Brian Birt, head of ASEAN, Japan and Korea at FIS. For many, that ability is about to become a reality as ASEAN banks switch to real time core banking systems.

“For these kind of customers, the bank isn’t where they bank,” said Birt. “The app on their phone is their bank.”

In Thailand, 10-15% of consumers are unbanked, while 57% use a traditional commercial bank, although usage is heavily concentrated in the cities such as Bangkok, then thins out rapidly to the north and east. The country’s Kasikorn bank has just opted to replace its core banking system, which serves 915 branches and 12 million customers, with a ‘real time’ system built by FIS, a US core banking system vendor.

For more than 20 years, Kasikorn had been using Safeii, a Cobol-based system running under Unix on a mainframe , and which is no longer supported.

The real time aspect of the FIS platform is defined as “immediate updates to the system of record”, according to Birt. FIS says that moving to real time helps to eliminate reconciliation and reprocessing, making banking more efficient. Higher STP rates ostensibly mean higher accuracy and reliability as manual processes and human error are minimised, while infrastructure costs also reduce.

Shifts in the priorities of Asian banks are also evident from the demands that FIS reports from its customers in the region. While many are looking for strong traditional aspects in a core system – deposits, loans, an un-hackable secure system – there is also a focus on new channels.

“Banks tell us that they are not looking to build more branches to spread financial inclusion but instead to use ATMs in rural areas and mobile services,” said Birt. “The people in this region all have a mobile, and I’m sure it does help to explain the high rates of banking in Thailand. Mobile apps are a central effort in all these countries.”

While the large numbers of tier three and four banks active in Asia Pacific may find developing proprietary mobile apps and sophisticated technologies such as these unaffordable, FIS notes that they can still obtain basic services from FIS as a utility, to which more applications and abilities can be added later. There is still plenty of variety, too, according to Birt.

“I’ve been in Asia Pacific for 25 years and 23 of those were in financial services,” he said. “What’s interesting here is that the market is not vertical at all. I travel every week, and I see there are differences in the ASEAN markets.”