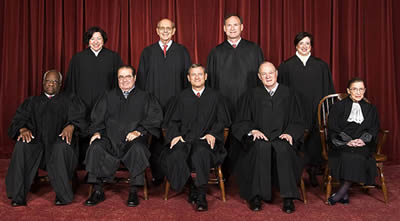 The merchant groups embroiled in a long-running legal battle over debit interchange fees have petitioned the U.S. Supreme Court to review the case on the grounds that the Federal Reserve improperly took into account certain costs incurred by card issuers when calculating debit interchange fee limits. However, the retailers have not challenged a separate rule governing the number of unaffiliated debit card networks that must be available for debit and prepaid card transactions, which is good news for card issuers because it gives much longed-for certainty around a challenging issue.

Last week, plaintiffs in NACS et al v. Board of Governors of the Federal Reserve System requested the Supreme Court to review a March decision by the U.S. Court of Appeals for the District of Columbia. The appellate court’s ruling reversed a lower court’s finding that the Fed had set too high a limit on debit card interchange fees in 2011, when the agency capped fees at 21 cents per transaction plus adjustments for fraud losses and fraud prevention costs. The D.C. appellate court also upheld the Fed’s implementation of the network-routing requirements under the Durbin Amendment, confirming that card issuers meet their obligation if they provide merchants with two unaffiliated routing network options for debit cards. The plaintiffs had claimed the law provided for two unaffiliated routing options for each authorization method—signature and PIN—or a potential minimum of four routing options. The merchants’ petition is not challenging that decision, a significant win for issuers, which would have faced significant costs and complications with a four-option routing requirement, according to many observers.

The merchants’ argument for review focuses on the claim that the Fed, when establishing a debit interchange fee limit, as mandated by the Durbin Amendment, improperly considered fixed costs incurred by debit card issuers for authorization, clearance and settlement of debit transactions. Taking into account fixed costs, the merchants claim, was expressly prohibited by the Durbin Amendment. The merchants also assert that the D.C. appellate court incorrectly reviewed the Fed’s decision to include fixed costs into the fee calculation under the special deference standard granted to agency ratemaking.

The merchants’ petition does not continue to challenge certain other costs considered by the Fed in establishing the fee cap. These other costs include network processing fees, fraud losses and transaction monitoring costs. In its March ruling, the Court of Appeals ordered the Fed to clarify why transaction monitoring costs should be considered in the base 21-cent interchange fee, rather than factored into the fraud prevention adjustment. If the Supreme Court declines to hear the case, the Court of Appeals decision will stand and the case will be remanded to the original trial court to address the remaining transaction monitoring issue.