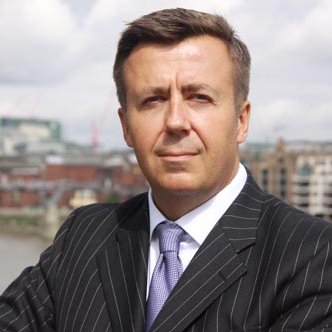 Bailey at ACI: we need more accountability on IBORs

ACI, the foreign exchange industry body, has called for the adoption of a new Model Code for sell-side and buy-side firms on financial benchmarks, to harmonise codes of conduct and prevent a recurrence of the Libor and other recent rate fixing scandals.

Interest rates have been in the spotlight since June 2012, when uncovered Libor rate manipulation going back at least 20 years at Barclays and several other banks resulted in multiple criminal settlements. The rates were supposed to represent the estimated cost to each bank of borrowing from each other, but had ceased to accurately fulfil this function in practice.

ACI wants a single, globally recognised code of acceptable behaviour that will address the foreign exchange market. It wants the code to be formally recognised across the industry, so that individuals would have to take greater responsibility for their actions. The organisation has established a Committee for Professionalism; it also warns that there should be few differences in the application of internal guidelines for collecting and executing fixing orders on market practice, otherwise there could be ethical arbitrage. It stressed its support for a coordinated international response rather than separate regional or national initiatives, which might result in differences in standards that could be exploited for the wrong reasons.

“Only if individuals take responsibility for their actions can improvements in technical processes ensure markets function appropriately,” said Marshall Bailey, president at ACI. “It is through excellence in education, and wide dissemination of common conduct guidance that benchmarking practices can deliver value to participants and clients.”

The ACI made its recommendation in response to a major report by the Financial Stability Board, released in July, which examined interest rate benchmarks and set out recommendations for reform. The FSB is a Switzerland-based body that works with regulators, international standard setting bodies and financial institutions to coordinate regulatory policy.

In its report, the FSB recommended the strengthening of existing IBORs and other potential reference rates based on unsecured bank funding costs by underpinning them to the greatest extent possible with transaction data; and by developing alternative, nearly risk-free reference rates, on the grounds that this would better suit many derivatives transactions. Using the new methodologies, the rates would be called IBOR+ rates. In addition, the FSB called for the introduction of the IOSCO Principles for Financial Benchmarks, where were published last year by IOSCO, the international association of securities and futures markets.

The IOSCO Principles themselves set out five recommendations on governance such as the powers of administrators, the processes for monitoring and documentation, a control framework and the organisation of administrators. They also set out seven points on the quality of the benchmarks, including the design of a benchmark to prevent possible distortions, the data used to construct a benchmark, the use of transaction data, the use of indices, the hierarchy of data inputs and the extent to which ‘expert judgement’ can be used to supplement these, the publication of explanations of how the benchmark was developed, and periodic review by administrator of any factors that might require changes to the methodology. In addition, there are five points on the quality of the methodology, which are designed to address vulnerabilities in the submission processes such as conflicts of interest. Finally, there are four points on accountability, including the appointment of independent auditors, the establishment of a written complaints policy for stakeholders, the retention of written records for five years and the requirement for relevant documents and audit trails to be made readily available to the regulators.

The IOSCO Principles have been gaining ground since they were published. In July, broker ICAP, which runs the EBS foreign exchange market, adopted the principles voluntarily by creating an independent management structure, and a segregated technical infrastructure for benchmark activities, which are fully independent from ICAP’s market operating and broking businesses. The company expects to create a separate company to conduct benchmark administration in the near future.

The FSB plans to monitor how well the IOSCO standards have been implemented as well as its own recommendations, and to deliver a final report in July 2016, with an interim progress report after a year.