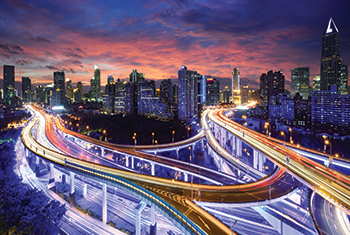 Capital markets participants may be able to achieve significant cost savings by making greater use of the FIX Protocol, according to a new study by post-trade specialists Alpha Omega Financial Systems.

FIX is a messaging standard developed 20 years ago as a way to achieve better communication between the buy-side and the sell-side and the exchanges. Proponents of FIX argue that it has transformed trade execution and helped to promote a shift towards real time performance measurement. The argument now is that FIX could provide dramatic improvements in efficiency by making the exchange of information more standardised.

In 2010, a group of buy-side firms formed a working group to establish best practices for a post-trade standard based on FIX. The idea is to use the standard to provide bilateral matching directly between the asset manager and the broker-dealer. Execution and allocation details would be transmitted from an order management system to the post-trade system and on to the counterparty immediately after trade execution. The hope is to support both straight-through processing and a shift to a near real time post-trade process.

Supporters of this idea also argue that FIX supports granular, field by field matching, including standing settlement instructions, which help to make post-trade processes more robust. In the event of a mismatch, both counterparties would be alerted of the specific fields that mismatched, and traders would have the chance to resolve the discrepancy while the markets are still open. According to Alpha Omega, the reduction in post-trade processing time would be a huge contributor to reducing settlement cycles to T+2 and even T+1. This is significant because the European Union countries are moving to T+2 settlement in January, while the DTCC is also consulting on a move to T+2 in the US. Alpha Omega adds that the FIX messaging standard itself has spawned several further FIX networks and vendor systems that collectively have helped to minimise the risk of a single point of failure, reduce costs for investors and drive innovation.

In the US market, one of the spurs for greater use of FIX in post-trade is that most institutional trades in US equities are confirmed, affirmed and transmitted to the DTCC through a single vendor. According to Alpha Omega, that represents technology risk because it creates a single point of failure for the entire US equity market. The argument is that trade execution technology consists of multiple vendor systems that can interoperate using FIX, creating a distributed technology model that can mitigate the risk if one of the systems or networks fails. The point is that FIX-based post-trade would use the same distributed architecture as trade execution, in theory cutting down on the risks.

“A number of large, global asset managers have identified post-trade as an area where they are looking to improve efficiencies, reduce costs and capture more alpha,” said Ignatius John, president at Alpha Omega and author of the report. “Similar to the transition in trade execution, the efforts of these early adopters is driving the industry’s migration towards FIX for post-trade. FIX-based post-trade will further advance STP, enabling traders to allocate, confirm and affirm their trades in near real time. In addition, the FIX Protocol’s open architecture will allow for the continued development of innovative post-trade solutions, both internally built and vendor-provided.”