Card use extending to smaller purchases as contactless catches on 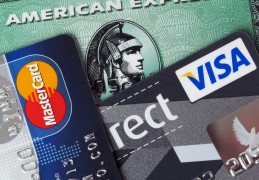 Growth in the volume of debit and credit card purchases in the UK continues to outstrip the growth in value as consumers use their cards more frequently for lower value payments. A threefold increase in contactless payments was a factor in the trend.

According to the latest figures from The UK Cards Association, the number of purchases grew 9.2% year-on-year in June, reaching 993 million in the month. In the same period, total spending on debit and credit cards increased at the lower rate of 7.2%, totalling £47.0 billion.

“We’ve seen the average value of a card transaction drop over the last year as consumers increasingly choose to use their cards to pay for smaller purchases,” said Richard Koch, head of policy at the association. “In the retail sector, the average shop is now less than £34 – an increase in small transactions online and the use of contactless cards for lower, everyday sums is partly behind this significant trend.”

The biggest increases in total card spending between May and June were recorded in the purchase of financial products and services (up 37%), and at employment agencies (up 30%).