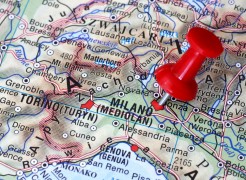 Milan-based payment processing specialist SIA says that a migration of its systems to the Red Hat Linux environment has led to a 270% reduction in processing times.

Last year, as part of a gradual move to open source systems, the company decided to deploy Red Hat Enterprise Virtualization to migrate its infrastructure for the delivery of database services, from a proprietary technology to an Intel x86-based platform. Specifically, SIA adopted Red Hat Enterprise Linux and Red Hat Satellite, on which approximately 200 physical servers and 400 virtual servers currently operate.

The migration to new virtual systems is not yet complete but has already generated a number of tangible results, including a performance increase, the company says: “In some specific cases, SIA has experienced a significant reduction of the time needed to process transactions compared to previous measurements conducted on physical systems. This has contributed to an increased flexibility and a general simplification of operations, as well as considerable costs reduction. Additionally, the new virtual infrastructure has enabled SIA to handle a significant increase in the volume of transactions operated by these systems.”

As part of its collaboration with Red Hat, SIA has also implemented Red Hat JBoss Enterprise Application Platform for the development of specific applications and services. It is also currently evaluating Red Hat CloudForms, Red Hat’s open hybrid cloud management solution, and the possibility of creating a cloud infrastructure.

“Reliability and system performance are absolutely critical for us, said Fabio Grignani, senior vice president, SIA. “The fact that we can rely on advanced technologies, combined with top-quality services, represents a distinct business advantage.”