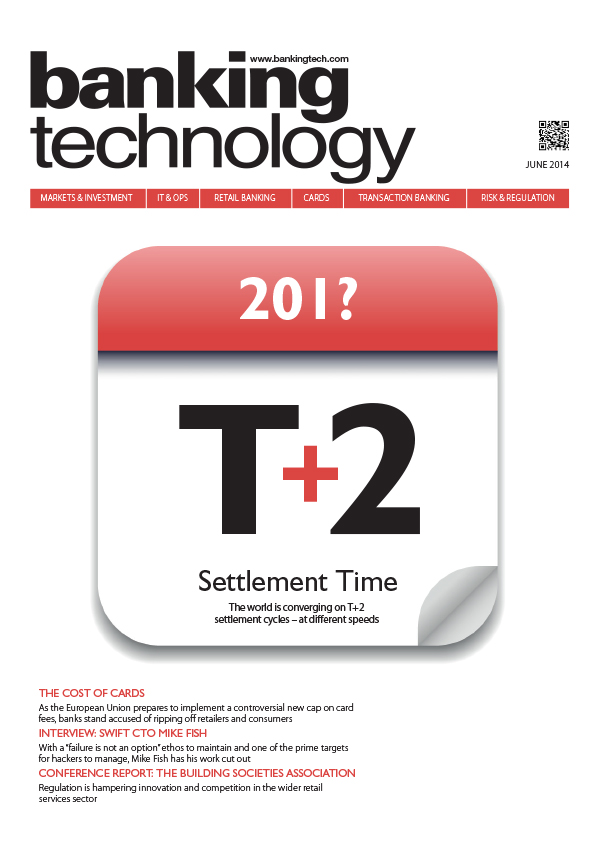 With the US markets heading in the same direction as Europe and elsewhere, the world is converging on T+2 settlement, albeit at different speeds.

The cost of cards – As the European Union prepares to implement a controversial new cap on card fees, banks stand accused of ripping off retailers and consumers.

New ATMs for old – The mobile money revolution seems to have spurred the ATM industry to generate new models that is giving the traditional cash machine a new lease of life.
Interview: Mike Fish, chief technology officer, Swift – With a “failure is not an option” ethos to maintain and a network that is one of  the prime targets for hackers of all sorts, Mike Fish has his work cut out running Swift’s systems.
Interview: Steve Ellis, head of wholesale services, Wells Fargo – Steve Ellis is not the most conventional of bankers, but he has led the bank through a major merger (with Wachovia) and has a simple view of how to survive the changes the industry faces – “Don’t Panic”.
Tags: BankingTech, FinTech Banking Technology Magazine, Publications Worldwide