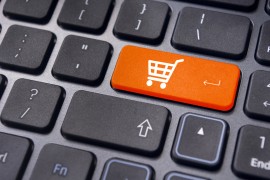 The annual transaction value of online, mobile and contactless payments will nearly double over the next four years, reaching $4.7 trillion by 2019, up from just over $2.5 trillion this year.

Contactless payments will primarily be driven by card purchases rather than mobile, although the latter may be boosted by the adoption of Host Card Emulation-based NFC services.

These are among the conclusions reached by Juniper Research in a new report, Digital Payment Strategies: Online, Mobile & Contactless 2014-2019, which concludes that the largest net increase in spend will occur through remote physical goods purchases. The report highlights the surge in activity in emerging markets such as China, with the online retailer Alibaba accounting for 20% of global business to consumer and C2C consumer to consumer e-retail worldwide in 2013.

However, it says that while there was organic growth in the overall transaction levels because of increased purchasing on tablets and mobile, a significant proportion of tablet usage represented migration from desktop activity. Combined transactions on mobile handsets and tablets will exceed those on desktops and laptops for the first time this year.

The report also noted that there was accelerating migration from physical formats like DVDs and CDs to digital streaming and downloads across all content sectors. These included a marked trend towards video on demand from players such as Lovefilm and Netflix at the expense of DVD, with online VOD services in commercial deployment in most European markets.

According to report author Dr Windsor Holden, “While we are now seeing contactless transactions scaling up in markets such as Australia, Poland and the UK, almost all current consumer usage is via the card. However, with banks increasingly attracted to an NFC model in which they have full control of the customer, then we may well see some high-profile deployments in the medium term.”

The whitepaper, Paying the Digital Way, is available to download from the Juniper Research website together with further details of the full report and the attendant Digital Payments Strategies Excel.