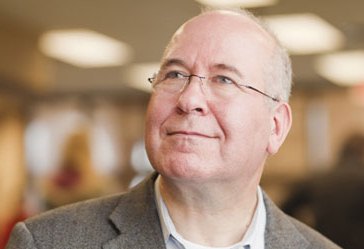 Kloeckner: “business as a service”

Combining development and operational deployment of software into a more integrated cycle can greatly improve time to market and improve efficiencies, delegates at the annual SifmaTech trading systems conference and exhibition in New York were told.

Kristof Kloeckner, general manager of IBM Rational Software told the conference that a new approach to software development, dubbed DevOps, “goes way beyond just using the technology – it’s about reshaping the business so that it almost becomes ‘business as a service’”.

Kloeckner said that the flexibility of cloud computing is enabling the next generation of Service Oriented Architecture to allow the creation of “composable businesses that create an end-to-end services from the assembly of multiple processes”.

The approach involves blending the test and deployment phases of software development and applying both Agile and LEAN development techniques to “create a continuous feedback loop that is critical for business success”.

But Kloeckner says that it is about more than picking a bunch of tools. “It goes to the heart of business relationships across the enterprise, and is about enterprises tuning development for faster delivery – and also better tuning it for more effective outcomes,” he said.

Another key issue is the introduction of automation into the whole process. He cited the case of Fidelity, which managed to reduce software release times by 99% by removing manual processes, and another large financial services firm that reduced integration testing from 10 days to 10 minutes.

“There is a chasm as you move from doing things in months and weeks to days where traditional methods break down,” he said. “In order to continually test, you have to automate, and to automate, you have to virtualise.”

Automation has other benefits too, Kloeckner said: “Automation allows security testing to be built-in – security is a big topic, and this is not a solution by itself but it allows you to enforce elements of secure engineering concepts and polices to become secure by design.”

It also allows firms to find a balance between the challenges of optimising existing systems and innovation. “There are systems of record and systems of engagement,” he said. “We all know that they move at different speeds, and a balance has to be found.”

Cloud lends itself to the DevOps approach because of the ability to facilitate a rapid prototype test and re-iterate the design cycle, a combination IBM is looking to leverage with its own offerings. The company recently introduced IBM Bluemix DevOps services, a Cloud Foundry-based development platform based on Eclipse Orion, that he claimed can deliver “10 times faster software driven innovation”