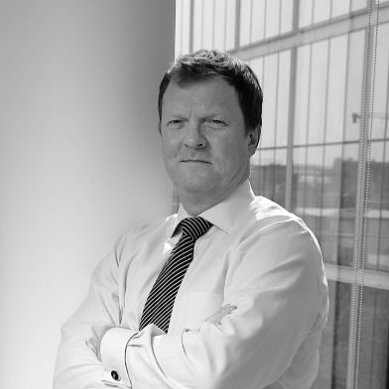 Collateral management as it is currently understood will no longer exist within a few years as increased regulatory demands, rising levels of automation and the growth of industry tools to optimise collateral transform the industry, according to a  report by Sapient Global Markets.

According to the report, 2014 Collateral Survey Results, collateral management is being moved to the front office as institutions place greater importance on it following the financial crisis and associated regulatory reform agenda. This is being driven by a shift in attitudes, as a process that was traditionally seen as purely a cost centre is now viewed more as an opportunity or even an asset class. The survey found that while 66% of firms polled still view collateral management as a cost centre, 39% plan to make collateral a profit centre and use it to generate additional revenue.

“Historically, collateral hasn’t lent itself to automation, perhaps partly due to the way it was perceived as a cost centre,” said Gordon McDermid, director of collateral management at Sapient. “It takes a certain amount of focus on this issue to force a change, and now that collateral is moving centre-stage it is starting to happen.”

Nevertheless, change should not be taken for granted. Any move of collateral management towards the front office will require “significant changes” to established processes and systems, according to the report, to enable firms to manage margin and risk calculations more quickly across all their available collateral inventory pools. As a result, the firm recommends that firms should centralise their collateral management as far as possible, removing manual processes to increase cost efficiency.

Furthermore, responses from the survey indicate that there is still a long way to go before manual processes are fully eliminated. Most survey participants do not consider their dispute management processes to be efficient enough, with collateral booking carried out manually in more than 60% of firms due to the lack of standardisation and automation in client communication.

“There is still a gap between the technology that has been developed for these systems, and the level of actual implementation,” added McDermid. “A lot of money has been invested in large collateral management systems and firms still need to catch up to gain the full benefit of that.”

One of the challenges in this area is that increasing efficiency involves collateral optimisation, i.e. developing strategies that make better use of the available collateral. Respondents reported that they broadly supported the idea of creating a consolidated view of available collateral across all asset classes. However, historically each asset class has been divided into silos, so financial institutions will likely need to change their internal architecture to consolidate the collateral management function.

Beyond the technical requirements, it has been clear for some time that demand for collateral is increasing. Rules such as Basel III require banks to set aside more capital. The rules also impose higher margin requirements designed to make bilateral derivatives trades more expensive. Meanwhile, regulations such as Dodd-Frank in the US and EMIR in the European Union require the bulk of formerly OTC derivatives to be centrally cleared – further increasing the demands on collateral. These steps have led some parts of the industry to fear an impending shortage of high-quality collateral – a concern that was highlighted at the Global Securities Financing Conference Asia 2014 in Singapore last month. According to the report, the majority of survey participants strongly agree that regulatory requirements will have a significant impact on collateral. The majority of respondents reported that collateral would not become a bottleneck in their institutions, but many felt it could affect other institutions, such as their competitors. Nevertheless, most institutions felt themselves to be well placed to cover the need. One of the only sticking points was a lack of clarity in terms of how all the new rules might fit together.

The Sapient document noted that financial institutions in different countries have already implemented ‘tactical’ solutions to meet their local obligations, but many are seeking more strategic solutions that would cover multiple countries and enable them to become more competitive. Different segregation models, margin requirements, restrictions on re-hypothecations, bifurcated portfolios with both centrally and non-centrally cleared OTC derivatives, limitations on eligible collateral and increases in liquidity ratios all raise the complexity and costs, according to Sapient, while also limiting historical revenue streams.

“The environment is still falling in to place,” said McDermid. “Some of the rules are still to be defined and there is a sense in the industry that we need to pin that down before we know what to implement. Still, industry initiatives aimed at making more efficient use of collateral have produced some progress.”

The initiatives McDermid was referring to are many. In January last year, central securities depositories in Germany, Spain, Brazil, South Africa and Australia formed an alliance to tackle the expected global shortfall in collateral arising from new financial regulation. Dubbed the ‘Liquidity Alliance’, the group consists of Clearstream, Iberclear, Cetip, Strate and ASX respectively. The five companies meet each quarter to work out the most efficient way of dealing with collateral and to discuss partnerships, commercial opportunities and key issues.

Various other collateral optimisation solutions have also been launched in recent months. Citi formed its own agreement with both Euroclear and Clearstream at the beginning of 2013, while Clearstream has also partnered with Belgian bank and insurance firm Belfius to develop a new collateral service for bilateral trades, focusing on OTC derivatives and aimed at corporates and medium-sized banks.

The Sapient survey was carried out during February and March, and involved asking participants a set of 100 questions on 25 different areas relating to collateral management.