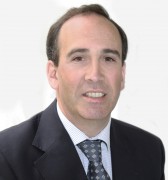 The financial services industry has been characterised by greed, ego, appalling conduct and a lack of integrity, but the danger now is that regulation pushes the sector so far down the path of homogeneity that it stifles innovation and hurts customers, Robin Fieth, chief executive at the Building Societies Association has warned.

Speaking at the BSA annual conference in Manchester, Fieth told delegates that he fears a regulatory trend towards a ‘mono-culture’, in which innovation is seen as non-conforming and treated with suspicion and the legislative regime makes it excessively hard for new businesses to flourish.

“Regulation can bring unintended concentrations of risk,” he said. “Driving us inexorably down the path of sameness is dangerous. Diversity breeds strength, and I fear that if we become so tied up with regulation that we can’t deviate from the script, the customer experience will suffer.”

Since the financial crisis, various measures such as Basel III have imposed more stringent capital requirements, leverage ratios and other obligations on banks and financial institutions in a concerted effort to shore up the resilience of the global financial system. Banks are required to hold more capital and deleverage, while regulators have taken a more prescriptive approach to conduct and a more intrusive stance on business models. However, mounting concern has been expressed within the industry as to whether the reactionary moves have gone too far.

For the building societies sector, the challenge may be whether the regulatory agenda fits. According to Fieth, one of the biggest problems is that regulation tends towards things that look alike – a problem that is exacerbated by the fact that building societies make up a relatively small part of the regulators’ area of oversight. This point was taken up by Jonathan Westhoff, chief executive at West Bromwich Building Society, who added that a period of post-implementation was “inevitable”, given the initial rush to implement regulatory fixes after 2008.

“The overreaction was understandable but extreme,” he said. “Capital remains unfinished business, and the availability of qualifying instruments is an issue. The Retail Distribution Review has also stopped many societies from offering financial advice, and that’s a serious unintended impact on the customer.”

No new building societies have been founded since the Ecology Building Society in 1981. For Fieth, that represents a problem. “The generous would describe creating a new society as a “formidable challenge”, while others would say it is impossible,” he said. “We have new banks, so why can’t we have a new building society? Of course, the ability to raise mutual capital would be key.”

One of the obvious obstacles to the creation of a new society is the capital requirements. Under current rules, any new financial institution needs to set aside sufficient capital, but this effectively deters the creation of new building societies since due to the mutual structure, the founders would be required to put millions into the pot and then promptly lose control over their investment to the members. In the late 19th century, when many of the existing societies were founded, there were no such requirements.

“The capacity of the regulators has never been as strained as it is now,” said David Kenmir, director of financial services regulatory practice at PwC. “The sheer range of things the regulators are now expected to do – they now have an issue with bandwidth. What happened to the customer in all this? The FCA told financial institutions to put the customer at the heart of their strategy, but where is the caveat emptor? What about consumer education?  Are the regulations proportionate? There are huge issues still to be resolved and I am not sure where it will all end up.”