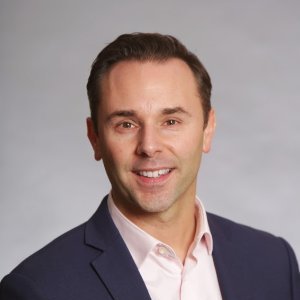 ICAP’s Best: the new London SEF will compete on choice of execution

ICAP has launched a swap execution facility in the UK, as part of a push to dominate both the European and the US OTC derivatives markets as they are brought under new regulation.

The new London-based ICAP SEF is registered with both the US Commodities Futures Trading Commission, and the UK’s Financial Conduct Authority. Unusually, it is classified both as a SEF – a US designation – as well as an MTF, the European version, allowing it to take advantage of both US and European liquidity.

ICAP has also reorganised to bring its US and European entities together so that they can be treated as a single entity for legal purposes.

The new venue will initially focus on G3 rates, including US dollar, the euro and the pound, for IRS, OIS, FRAs, IROs, swaptions, inflation and exotic swaps and options. All other products and instruments will continue to be serviced on ICAP’s existing US SEF, ICAP SEF (US).

ICAP plans to migrate more products to its London subsidiary, ICAP Global Derivatives, and has said it will seek opportunities in Asia as well. Meanwhile in the US, the obligation to clear NDFs from the middle of next year is expected to boost SEF liquidity.

“We wanted to reconcile any splits in liquidity, because the regulators are moving faster in the US than in Europe, where some of the rules are under EMIR and some are under MiFID II, which is still a couple of years out,” said Pete Best, chief operating officer at ICAP SEF. “We have to reconcile EMIR, MiFID I and II and other regulations in our calculations, but we haven’t come across any irreconcilable issues yet.”

Before the obligation to trade on a SEF, cross-border OTC derivatives liquidity was worked out between market participants bilaterally, or via an introducing broker. But according to Best, the Dodd-Frank legislation makes it very hard to do that, partly because of changes to the rules on information sharing and partly due to the higher cost of bilateral transactions under the new rules.

ICAP is aware that it is not the only firm looking to target this space. Notably, CME Europe launched earlier this month with its own London-based trading venue for OTC derivatives. The potential competition includes futures venues, as well as information providers such as Bloomberg and Thomson Reuters, which each run their own SEFs.

“It’s a more competitive environment out there, and the role of a venue is changing to meet the rules,” said Best. “We wanted to have an order book for US and European clients in the same venue without restriction, and we will differentiate ourselves via the modes of execution we offer: order book execution, as well as directed and non-directed RFQ execution channels including by voice.”

Longer-term, the expectation is that the market will consolidate, with one or two venues surviving and with relatively higher barriers to new entrants – a factor that also played a part in ICAP’s decision. Many details of the new regulatory agenda still remain to be worked out. In particular, in Europe it is unclear exactly which instruments are classified as derivatives, with France and the UK taking different stances on whether FX derivatives are liable under central clearing or not.

The thorny question of equivalence between the US and European rules – which was reached through a landmark deal last June but then called into question four months later – remains a potential pitfall. However, Best is upbeat, suggesting that these are more arguments over technicalities and the level of progress in different countries, rather than fundamental differences over the direction of travel.

“There isn’t any conflict of regulations, it’s more a question of different maturity,” he said. “If there is no obligation to clear in a market, it doesn’t necessarily mean people in that market don’t want to use clearing. For example, the Dodd-Frank rules are more onerous than MiFID, but people still want a safe trading venue and the demand is there for that compliant service.”