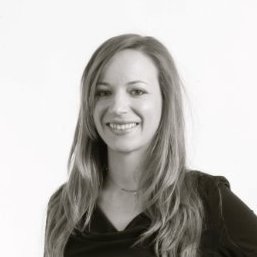 Diez-Canedo: the mobile challenge is a chance to boost LatAm mobile customers through global talent

At present, Citi has two mobile apps active in 10 markets in Latin America. These are a standard mobile banking app, and another that allows users to see what benefits they can get in the retail environment, including transaction abilities, offers, coupons, discounts and promotions.

“We wanted to tap into the great minds in the region,” said Itziar Diez-Canedo, vice president of digital strategy, digital banking and business development, Citi Latin America. “These startups are building value-added services in areas such as PFM and peer to peer payments that could benefit our mobile app.”

So far, there are 130 participants, most of which are SMEs. The companies include payments specialists Monitise and YellowPepper, and there are also individual entrants, including engineering students from the Ivy League colleges in the US. Over the next couple of weeks, the participants will submit initial concepts. Selected finalists will then be invited to compete in one of two demo day events on 30-31 May in Buenos Aires, Argentina and again on 6-7 June in Bogota, Colombia.

Participants receive Citi mobile banking API toolkits and branding guidelines on which to develop their applications and solutions. Finalists will be selected by a panel of entrepreneurs, corporate representatives and technologists. The selection criteria will be based on the power and potential of the applications to impact the lives and businesses of users in Latin America. Individual winners will share $60,000 in cash awards while companies will have the opportunity to partner with Citi in a commercial relationship to launch their applications.

“This is more than just a competition,” said Jorge Ruiz, head of business development and digital banking for Latin America at Citibank. “It’s going to disrupt the industry. I don’t see any other bank doing this, certainly not in our region. And ultimately the winners from this are going to be our customers, who will gain the benefits of innovation.”

Citi indicated that the competition is not just a one-off event, but will likely be repeated next year and possibly expanded into other geographical areas, although plans remain subject to change. One of the entrants, YellowPepper, recently signed 12 Colombian banks to its mobile payments platform in August last year. YellowPepper plans to expand across LatinAmerica.

Innovation-based competitions have become increasingly popular in financial services in recent years. Swift has played a significant role, through its Innotribe Startup Challenge, which runs annually in New York, London and Singapore. However, the lack of Spanish-speaking participants in these competitions prompted a new event supported by Wayra, the Latin American and European startup funding firm owned by Telefonica. Called Innotribe Startup Disrupt, the new competition took place as part of the NextBank Madrid project. Spanish business to business platform Licuos was named as the winner of competition, which took place in Madrid.