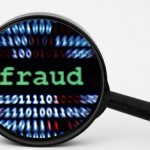 Bank account fraud in the UK increased 48% in the first four months of this year, with a 57% rise in the number of identity frauds compared to the same period last year.

According to CIFAS, the UK’s fraud prevention service, identity fraud accounts for 27% of the total number of frauds – but this more than half of the cases notified to it by members involve misuse of facility frauds, which grew 54% in the same period.

Within that, more than half of the misuse of facility frauds involved individuals allowing their account to receive false, fraudulent or criminal funds – a fraud with frequent obvious links to other forms of organised criminality such as money laundering.

“What these figures demonstrate is that the message needs to be repeated: under no circumstances must you allow your account to be used to receive and send funds from or to people you do not know. These figures also underline the need for financial institutions to continue to promote this message to customers, especially those – like students – who might be particularly vulnerable,” said Simon Dukes, CIFAS chief executive. “In the same way that most individuals now recognise the need to safeguard their online account details so as not to be hacked, they need to be aware that there can be serious and lasting repercussions from allowing an account to receive stolen or fraudulently obtained funds, including withdrawal of accounts, exclusion from obtaining a new account, and even a criminal record.”