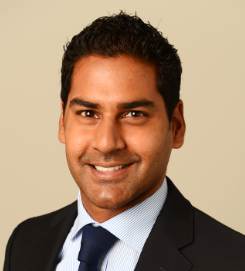 Jude: some clients are finding it hard to understand the new trade reporting rules

Nearly three months after the European Commission’s 12 February deadline for trade reporting, market participants are still not ready to report their derivative trades and serious problems remain with understanding the rules.

While delegated reporting may provide a ‘get out of jail free’ card for some financial institutions, others are deeply concerned about the impact of the new rules and the competence of the regulator, according to panellists at the Swift Business Forum in London.

“We were taken by surprise with the volume of clients coming in and their lack of preparation,” said Daniel Jude, global head of business development, repository services at CME Group. “We still have clients who are yet to start reporting. It’s not just one area where clients are falling over, either – there are multiple problems at all levels.”

On 12 February, reporting became mandatory for all market participants trading derivatives in Europe, as part of the European Market Infrastructure Regulation. EMIR is simply the European wave of a broader push around the globe to increase transparency in OTC derivatives markets, which were blamed as a contributing factor to the financial crisis. Similar rules in the US are also being implemented under the Dodd Frank Act, and in many other G20 states.

Some of the problems were attributed by senior executives to the last-minute approach taken by regulators. In particular, the European Securities Markets Authority drew fire for issuing a Q&A outlining the final technical details on the new rules on February 11, just one day before they were due to take effect.

“This has caught people by surprise,” said Allan Yip, partner, derivatives practice at Simmons & Simmons. “One of the biggest problems was it just wasn’t clear what needed to be reported until the day before the obligation came in. That uncertainty is still out there.”

According to Yip, ESMA put the question of whether FX should be included to the European Commission the same day, just hours before the EMIR reporting rules were due to take effect. Furthermore, although the rules define a spot contract as not a derivative, there is no information in MIFID about when a spot becomes a forward, which is classified as a derivative and therefore in scope.

“The Commission wanted a level playing field in EMIR but the definition they used has as many interpretations as there are member states,” he added. “A spot is anything T+2 or less. That’s the closest we get. But in the UK, even if it’s a forward done for commercial purposes, it’s not considered a derivative and settles on a longer term basis. It comes down to the way they interpreted ‘commercial purposes’. If it settles at less than T+2, it is considered for commercial purposes. It’s going to take a long time to come to a solution and this will all have an impact on MIFID II.”

LEIs have proved another sticking point. While the original vision of the G20 summit in Pittsburgh in 2009 was to create a safer OTC derivatives market that would reduce systemic risk and increase transparency for all, that objective has been severely undermined by the lack of LEIs, according to others. Ed Newman, head of transaction reporting services at consulting firm Grant Thornton warned that there is still a lack of clear technical standards and that more LEIs and UTIs are desperately needed.

“If there were good technical standards it wouldn’t make a difference who your trade repository was, but the reality is that a number of clients still don’t have LEIs for all their SPVs and all their entities. People are still waking up to EMIR even now and realising that the product set covers exchange-traded derivatives as well as OTC. People haven’t taken it seriously and now parts of the industry are behind.”

London-based regulatory think-tank JWG has said that the OTC derivatives reforms were in danger of complete failure, because not having the LEIs in place to make sense of the new data being reported, the process of introducing reporting is essentially reduced to an expensive and pointless waste of time. Some institutions are now attempting to plug the gap. CME Group is creating proxy LEIs which its clients can use. But the exchange group expressed frustration that the regulator lacked clarity about the exact nature of the new requirements, particularly with regard to international parties and firms operating outside the EU.

“What if the counterparty isn’t mandated by the regulation and doesn’t require an LEI?” asked Jude. “The response from the regulator was quite limited. They said you need to set up a process yourselves to work it out. We said no, you’re the regulator, you need to tell us what you’re going to decide.”

“A lot of people took delegated reporting to get through 12 February,” said John Saffrett, European CIO at broker Newedge. “We advised clients in the last few months that if they haven’t built a reporting solution yet, they’re already too late. You can buy yourself some time with delegated reporting. Large clearing brokers will continue to offer the service for the foreseeable future. It’s an essential service. Our clients rely on it, they need us and we can’t just withdraw it.”

“You can’t say, ‘I delegated, it’s not my fault’, said Yip. “The regulators will come to you looking for answers. You will be sanctioned and you will receive the reputational damage of any mistake. You will also not get recompense from your counterparty or client.”

Not all buy-side firms are content with delegated reporting. Some want complete control, even if that means handling 250,000 EMIR transaction reports a day, according to Newman. Others have no choice but to embrace delegated reporting due to lack of resources and the need for the broker to provide the necessary data services. In the long run, the panellists agreed that a shift to direct reporting is likely, but Jude at CME Group pointed out that there will never be a ‘one size fits all’ solution.