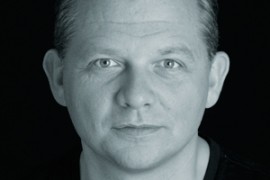 Kroner: innovate for customers, not yourself

Banks must take note of the way that technology is changing how customers interact with the world around them and develop products and services that address their needs rather than the banks’.

“Innovation does not mean launching a product that only helps the bank – It means doing something that genuinely helps the customer,”  Matthias Kroner, chief executive of the five year-old online Fidor Bank, told the International Payments Summit in London. “You don’t need a special wallet – you can send money to a Twitter domain, an email address, a mobile number. You don’t need to wait hours to get a loan – you can do it on a mobile in less than a minute.”

Fidor is currently running a scheme in which it offers loans at a rate of 6.9% interest. But for every 2,000 ‘likes’ the bank gets on Facebook, it has promised to reduce the rate by 0.1%. It also claims that its accounts are fully open and can be accessed by third-party APIs and development kits – so in theory a customer with a good idea can easily develop that idea and engage with the bank.

It also has customer ratings on its website along with reviews, and its customers are ‘rewarded’ using a proprietary bonus system for their contributions. There is also a customisable personal financial management aspect, in which customers can create and set their own savings products and goals.

The concept of an online-only bank is not new. Other banks, such as Brett King’s Moven and Finland’s Holvi, are already building a customer base on the idea. However, there is a distinction between these platforms and Fidor: unlike its rivals, the German bank is not a front end that acts as the customer experience grafted onto an existing traditional bank infrastructure – Fidor has a full banking licence. “Why did we get a banking licence? Well, if you want to hijack a plane, you have to sit in it,” said Kroner.

In an earlier session Karen Williams, managing director at Spectruminsight, spoke about customer dissatisfaction with banks and how it can be measured through Twitter. Kroner took this further, suggesting a future in which social media could be used to understand the stock market for the benefit of the bank and its customers. For example, the tool Stockpulse analyses the tone of comments made about a given stock on social media, and has been found to bear a correlation with how the stock behaved two days later in 80% of cases.

“You can do social trading,” he said. “What is that? It means following a successful trader, viewing their moves and then making your own decisions. Can I do that in a branch? No. We are running a community built around the customer. Our accounts are open and accessible to third-party APIs and development kits and we are connected to five crowd financing platforms in Germany. We are not scared by the digital lifestyle.”