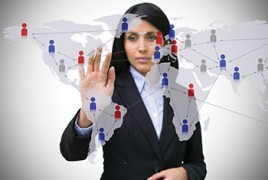 The US Federal Reserve Banks may have got more than they bargained for when they invited comments on their September Payment System Improvement Public Consultation Paper. Asked to comment on improving the US payments system, the tech industry and merchants said “let’s go” while the incumbents said “whoa, not so fast”.

The organisations that responded had some vastly different opinions on how well the existing system works and the degree of change needed, but for the most part they lined up along fairly predictable lines: bankers and card schemes such as Visa largely defended the status quo and urged the Fed to leave a solution to the free market, financial technology firms urged a fast fix and merchants said the US payments system is old, slow, fraud-prone and needlessly expensive.

The Fed clearly thinks there is room for improvement: “The opportunity exists to improve speed and efficiency of payment and to maintain payment system safety in the face of escalating threats,” the paper’s introduction said. “The Federal Reserve Banks believe that collaboration and engagement with the industry is the foundation of any enduring strategic improvement to the US payment system …”

Led by Cleveland’s Federal Reserve Bank, the Fed noted that the payment system is undergoing remarkable change with new technology and new entrants by nonbank innovators.

“We are thrilled with the number of responses received and with the diversity of perspectives represented by the responses,” commented Sandra Pianalto, president of the Federal Reserve Bank of Cleveland and chair of the Financial Services Policy Committee, which issued the paper.

The Fed noted that its gap analysis came to similar conclusions as a previous study in 2002, but some interpreted as a good thing. Stephen Kenneally, vice president at the Center for Regulatory Compliance at the American Bankers Association, said that the similarity between the latest survey and the Fed’s 2002 gap analysis “shows the resilience of the legacy payment system and the elusiveness of a viable market for electronic real-time payments”.

But Matthew Wilcox at Fiserv said the similarity to 2002 is a sign of the industry’s limited progress. Because the current system does not meet users’ needs, the country is seeing a proliferation of new networks that lack a broad base of users, he added.

John King, vice president at USBank, warned against over-reliance on examples drawn on foreign payment systems. “We cannot rely on the conversion experiences of the international community, given their low utilisation of cheque payments,” he wrote.

Banks are pretty consistent in their defence of the status quo: “ACH in the US is pretty darn effective,” said the payment executive at a major bank in an interview, noting that with ACH, Fedwire, cards and wires, users have a good range of choices. “I think it is in everyone’s best interest to have multiple payment systems.”

Merchants, for their part, said the free market doesn’t work when Visa and MasterCard have monopoly pricing power and forbid fee transparency.

The Fed’s position could lead to a reduction in the control that the two card issuers have over payments.

In its response Visa said that “most retail needs are well served by current and emerging payment services … market-based innovation is thriving and will continue to meet most end-user needs as private systems expand and extend their scope … [and] that the Federal Reserve System should focus on enhancing the Federal Reserve Banks’ payment services, rather than changing the way in which private-sector payment systems operate.”

NACHA also suggested some limits on the Fed’s role: “In its capacity as an ACH operator, the Federal Reserve should support the continued evolutions of the ACH Network so that it is fully able to act as the ubiquitous backbone for a wide range of payment types.”

Will the Fed promote, or at least sanction, a greater role for nonbank payment providers? Wait for the Fed’s next paper which is expected in the spring or summer.

In practice, the banks are addressing the issues, according to Sean Rodriguez, senior vice president, Payments Industry Outreach at the Chicago Fed, who said a lot of payment innovation is happening in and around the banking system: “We thought we could do the country a service in looking at the payment value chain end to end, outside the banking four walls to include payment origination from the user, business or consumer to the receiver of the payment and develop a full view of what is happening in the marketplace for the good of all payment stakeholders.”

Merchants and credit unions said that banks will do whatever they can to preserve an existing system which is profitable for them, a view that might be reinforced by the response of one payment executive at a major money centre bank who said the existing systems work well enough, even if it isn’t built on the latest technology: “The pain is by and large solved for, although the pain is not necessarily solved using the best and latest available technology or market practices that exists elsewhere in the world. Are we solving the problem of today with the solutions of yesterday? It is about whether the problem is being solved and not whether it is being solved the right way.”

The Fed is proposing to develop a 10-year view, to provide payment system participants some guidance on their infrastructure investments. Many incumbents want the Fed to run discussions but not impose direction, but not all bankers feel this comfortable. Paul Truzzo at PNC Bank called for the Fed to take an active role in co-coordinating industry efforts.

“PNC concedes that a collectively identified solution is desirable, however with the breadth of participants in the network, unanimity will be difficult to achieve. Here the Federal Reserve will need to champion its membership to drive consensus as a change agent to implement the proposed system,” he said. “Recent attempts to push the industry towards consensus for expediting ACH settlement stalled despite the fact that it is broadly accepted that ACH settlement should be same day.”

Truzzo cast the issue as survival for banks: “The core issue at stake by not taking action is that banks would lose their position as central to the payment process,” he said, adding that the changes should be done in five but no more than seven years.

Gene Neyer, global product manager at Fundtech, takes a broader view of the problem: “Extrapolating from analysis done in other countries, the drag in the economy from the use of cash and paper instruments can be estimated at 1% of GDP ($15 Trillion per year),” he wrote. “The current information architecture of ACH is highly outdated and is a major impediment to the ability of the US to interoperate with the rest of the world.”

Merchants say the current situation is also an impediment to their businesses, and have plenty of complaints about banks, ACH and the card companies.

Michael Schlotman, chief financial officer at retailer Kroger – which has 2640 stores in 34 states – said the existing ACH network hurts retailers’ liquidity. Consumers have shifted their shopping to end of week, but with the ACH network operating 0830 to 1700 Monday to Friday Eastern Time, and closing on bank holidays, retailers don’t get access to their funds until Monday, Tuesday or even Wednesday. That imposes significant credit costs, he said.

Dee O’Malley, senior director for payments acceptance at electrical retailer Best Buy, said that without systemic changes in the way the primary payment card brands operate, the US will continue to have the most expensive card payment system in the developed world. The current card payment market lacks real competition, she wrote.

WalMart’s Michael Cook, senior vice president and assistant treasurer, put it more strongly, calling for the enforcement of open standards in payments. “For decades, the various payments systems have been owned, operated, and governed by financial institutions with limited input from other stakeholders (including) merchants and consumers,” he said. “It is Walmart’s belief that this consolidation of interest has resulted in inefficient, fraud prone systems that are supported by inflated fees. In our view it is highly unlikely that the private sector, if left to its own devices, will devise a balanced, consumer friendly payments system. The entrenched interests in payments, particularly in card based point of sale payments, have profited from the status quo for decades.”

Liz Gardner, director for commerce and entrepreneurship at the National Restaurant Association, said that the market dominance of Visa and MasterCard has led to significant increases in card acceptance costs since the mid-1990s, and the cards force merchants to keep the charges hidden from consumers. The cards are running on networks with 1970s security, she added, saying the Payment Card Industry data security standards need to be overhauled by a legitimate standards-making body.

For all the criticism cheques get, said Best Buy, it is now cheaper to process checks than debit and credit card transactions. The store was also critical of card security, saying cards should use dynamic credentials and not compel merchants to handle account numbers.

The financial technology companies are eager to help improve this: FIS, ACI Worldwide, Fiserv and VocaLink all say they have the capabilities to improve or replace the existing payment networks, as does ClearXchange, the P2P payments network operated by Bank of America, Chase and Wells Fargo.

Leading edge tech players also offered some advice. Google’s Google Payment Corp. subsidiary – which provides card processing for online merchants, person-to-person and mobile wallets addition and uses the ACH network as a mechanism for its AdSense and Google Play products – said changes to the payment system should achieve ubiquity, open access and flexibility. “Technology has enabled new, effective mechanisms for authenticating the sender, as well as for routing the payment to the recipient. Developing an open payment system would enhance competition in the payments industry, which will in turn provide greater choice and benefits to consumer and business users … requiring all new payment products to run through the card networks would not be efficient and would impose limits on innovation”

But Adrienne Biddings, public policy and government relations counsel for Google, didn’t underestimate the challenges ahead: “Many incumbent interests have developed around inefficiencies in the current system, and these interests will be difficult to overcome.”

The World Wide Web Consortium pointed out that it has been building a universal payment standard in the core architect of the web for more than three years, claiming the technology can be deployed non-disruptively and allow users to undertake transactions with computers, smartphone, tablets and other devices. Manu Sporney, W3C chairman said: “We recommend that Federal Reserve embrace current generation technologies like Ripple and Web Payments that offer major tangible improvements to the United States’ core financial system.” It also called for federal takeover of Money Transmitter Licensing now run by the states to reduce the obstructions to small companies attempting payment innovation