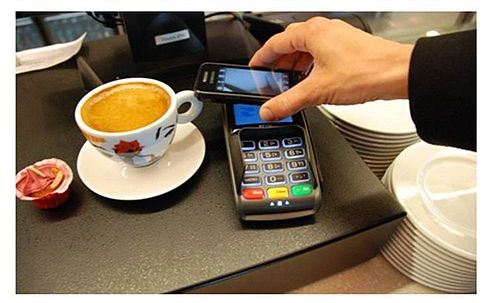 Consumers area increasingly turning to smartphones and tablets to make payment transactions, according to Adyen

Payment services provider Adyen has reported that one in five payments made on its network are now being made using a mobile device – a finding that reflects the rise of mobile payments worldwide, according to the firm.

Adyen runs a Global Mobile Payments Index that  tracks its global mobile web payment transaction data. Adyen itself processes payments via all channels including online, mobile and POS. The company processed $14 billion in payments last year, of which $2.2 billion were mobile transactions.

Mobile payments accounted for 20.2% of payment transactions on Adyen’s network in March, a 66% increase compared to the previous year. The results from January to March 2014 pointed to increases in mobile payments in travel, ticketing, retail and digital goods, averaging between 3% and 6% growth for the quarter. Adyen suggests however that m-commerce is becoming more mainstream, leading the rate of growth to slow slightly. The gaming sector showed a small decline this quarter of 1.6%, as in-app payments have become more prevalent.

Of the mobile web payments, smartphones accounted for 10.09% while tablets generated 9.3%. By device type the iPhone continues to lead smartphone transactions with nearly 31%, but Android phones are very strong with a 22.5% share. Windows Mobile and BlackBerry represent 0.6% and 0.1% respectively. On tablet devices, the iPad dominates with 38.4% (-3.6%), compared to 7.6% on Android tablets (+0.7%).

The average transaction value per sector was as follows:

“Now that the majority of merchants worldwide are engaging with consumers via the mobile web, the paradigm has shifted from, ‘Will people actually buy goods and services with their mobile devices?’ to ‘Fact: mobile commerce is a vital sales channel for both merchants and consumers – and therefore deserves increased focus,” said Roelant Prins, chief commercial officer at Adyen.

However, consumer fears over the safety of mobile transactions have dogged uptake in the past. A study carried out by YouGov on behalf of outsourcing firm Firstsource Solutions in the UK in October found that fewer than one in four of UK consumers would use their smartphone like a credit card to make payments even if they had the relevant app. Fears that personal bank details will not be secure are the reason given by 80% of respondents for their decision not to use mobile payments. One in five said that they wouldn’t use it because they don’t trust the battery on their smartphone to last.

One of the main features of Adyen’s own mobile payments system is tokenisation, under which merchants can complete a payment using a digital token linked to the customer’s payments data on Adyen’s servers, rather than collecting and storing the payments data themselves.