MiFID II may cause pain in the dark 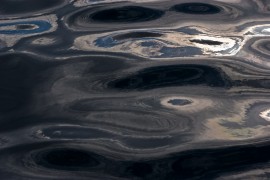 Caps on dark trading do not apply to all dark trades

New EU regulations on market making and dark pools could be damaging investor choice and forcing participants to make decisions that are not in their best interests, according to industry executives and national regulators speaking at TradeTech Paris.

The European Commission’s MiFID II legislation Article 17(3) proposes that market makers will be compelled to stay in the market and provide quotes, regardless of prevailing market conditions. At the same time, the document also introduces a 4% and 8% volume cap for stocks traded on dark pools under the reference price pre-trade transparency waiver.

“The idea seems to be to compress liquidity back into the lit market,” said Tim Rowe, manager of trading platforms and settlement policy at the UK’s  Financial Conduct Authority. “This is just going to shove people back into the lit markets where the high-frequency traders are. It doesn’t sit well with protecting the investor. The UK has argued against the caps to protect both waivers and venues. It seems the waivers will be watered down under MiFID II. I’m against that. How do you force someone to be a market maker?”

Rowe’s comments were made in response to a question from Richard Semark, chief executive at dark pool UBS MTF, who asked from the audience whether regulators would end up embarrassed that they have created a market structure that forces liquidity to where the HFTs are most active – a scenario that would widely be seen as detrimental to the interests of long-term investors.

The MiFID II caps on dark trading do not apply to all dark trades – instead they will only be applied to the reference price waiver and the negotiated trade waiver. Dark trades that take place using the large in scale waiver will not be subject to the cap. However, participants pointed to the difficulty of policing the new rules and the problem of how data will be collected and analysed to ensure that the limits have not been breached.

“There needs to be clarity on the consolidated tape,” said Byron Griffin, head of equities EMEA at Thomson Reuters. “You have multiple currencies trading in Europe. Trying to create a VWAP price across the whole market can be very tricky. If you then attempt to use that price as a benchmark for further trading activity, it becomes even harder to measure. Perhaps a mixture of regulation and unbundling is the best course for Europe.”

Other participants suggested that brokers might have a role to play by using technology to solve the problem of how to manage liquidity and market impact. Michael Seigne, head of electronic trading Europe at Goldman Sachs pointed to algorithms as a potential solution, alongside brokers’ internal crossing engines – which MiFID II will force to reclassify as MTFs or face much stricter requirements.

“We need to work on algorithms and find ways to aggregate the child orders,” he said. “Today, 50-60% of orders in the market are self-traded by the buy-side. The MiFID II caps will have the greatest impact on the mid- and small-cap stocks, so if that impairs client access to liquidity we are likely to see more demand for broker capital. We are talking more DCA type products and tradable IOI products. We’ll need to figure out how we manage that risk, and that’s where systematic internalisers may have a role to play.”

Under the original MiFID, the classification systematic internaliser was introduced to cover the dark crossing networks operated by brokers. However, due to a lack of clarity about what exactly was and was not covered, very few brokers registered under the SI regime, leading to widespread accusations that the regulation had failed. Critics objected that a significant portion of European liquidity (currently estimated at around 10% according to Thomson Reuters) was being traded in the dark, with minimal regulatory oversight. In response, MiFID II requires that broker crossing networks register either as an SI (in which case their volume is severely restricted) or as an MTF, in which case they need to open up to any participant that can meet basic entry criteria.

Other ideas put forward by the panel include Brian Schwieger, head of equities at the London Stock Exchange, who suggested that intra-day auctions could be introduced to better concentrate liquidity – an idea which was also suggested in an earlier panel by Fabien Oreve, head of dealing at Candriam Investors, but rejected by Christian Katz of SIX Swiss Exchange on the grounds that there was not sufficient demand. The LSE is currently holding a consultation on whether or not to introduce intra-day auctions.

“We can also introduce new order types such as conditional orders, which can be tentatively placed in a dark pool,” said Schwieger. “That should help large trades to take place. Systematic internalisers are another possibility. The solution is not going to come from venues, it will come from brokers and the buy-side, especially algorithms that can bring together liquidity for the investor.”

The LSE is the majority owner of Turquoise, an MTF that operates both a lit order book and a dark pool. The draft text of MiFID II has been agreed between the European Commission, Parliament and Council, and is now working its way through Parliament before implementation in 2016.