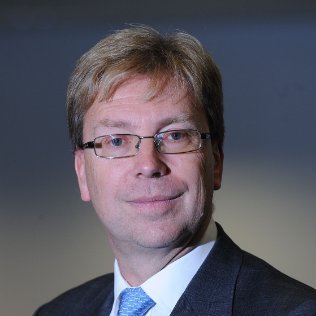 “I can’t think of a single innovation that came out of an exchange on either side of the Atlantic in the last 15 years,” said Jose Marques, global head of electronic equity trading at Deutsche Bank. “The exchanges went commercial and their interests sometimes come into conflict with the investing public. Trying new models is hugely beneficial and we need to see more of that.”

Panellists discussed the fragmented equity market structure in Europe and the US, the number of trading venues and new entrants and the dissatisfaction of the buy-side with increasing levels of complexity. The dilemma between staying with an established set of exchange businesses which may not always provide the lowest prices or the most innovative service, versus the added complexity caused by new entrants led to debate about the balance between different participants, which has been a sore point for the buy-side for some years.

“I’m strongly against the maker-taker rule,” said Martin Ekers, head of dealing at Northern Trust Asset Management. “We need a level playing field, and I don’t like some firms being incentivised with a position ahead of the others. We don’t need more venues as such, but we do need change, so if a new venue has what it takes so be it.”

Under the maker-taker rule, market makers are incentivised to provide liquidity on a trading venue. However, critics of the rule point out that it disadvantages long-term and retail investors by giving advantages to high-frequency trading firms. Rising disenchantment with the maker-taker system which dominates many global exchanges has already caused a string of alternative venues to try their luck around the world, including the former Alpha Group in Canada. It has also helped encourage buy-side flow to other buy-side specific platforms such as Liquidnet.

“The maker-taker rule has had its day and will probably be regulated out within the next five years,” said Alasdair Haynes, chief executive at start up trading venue Aquis Exchange. “The industry doesn’t like it and I feel the market is moving on. We have to look at other ways of attracting liquidity.”

Haynes was formerly chief executive at Chi-X Europe, an MTF trading venue that prominently used the maker-taker rule to attract flow, alongside other means such as price promotion discounts, pan-European coverage and post-trade interoperability. His new venue, Aquis Exchange, proposes an alternative model in which all users simply pay a subscription fee instead of paying per stock.

“TV and internet companies don’t have a huge army of accountants checking which bits of the network you use,” said Haynes. “It’s a huge waste of money and does nothing to benefit the consumer, while providing huge profits for the exchange. The way market data works hasn’t changed for 50 years. It’s ludicrous that they can make such profits – business should be simple, fair and transparent, and if the exchanges can’t do that then new operators have to come in.”

However, other panellists were not convinced by Haynes’ model. Ekers questioned the difference between it and the maker-taker scheme, given that Aquis allows market makers to pay no fees but charges liquidity takers (such as the buy-side) for access. Was this not simply an even more extreme form of the maker-taker model, in which now the maker pays nothing at all? Haynes denied the charge that there was any connection between maker-taker and his new business model.

“This is absolutely not maker-taker,” he said. “I’m trying to align costs with use. You have to attract market makers, otherwise you have no traffic. There is no exchange in the world that hasn’t put incentives for liquidity providers. The subscription model is still far more efficient than paying different fees for different stocks when you’re basically just paying for market data.”

Market data has long been a contentious issue, especially in Europe where there is no consolidated tape of post-trade data. National exchanges in Europe are often accused of charging excessive fees for market data and exploiting consumers that have little other choice but to pay. Marques suggested that it might be better if exchanges were required by the regulator to disseminate market data free of charge to all market participants, potentially adjusting trading fees upwards to counter the lost revenue.

“Charge what you want for execution, but data should be a regulatory obligation,” he said. “Is that data really intellectual property of the exchange, or should it belong to the participants? I believe it’s a compelling case. Even in the US, where there is a consolidated tape, the market data system is not perfect – the non-delayed data is so expensive that many firms don’t use it. The retail investor is probably making decisions based on non-real time data. The fundamental disenfranchisement of the retail investor we are facing is unbelievable.”

Participants also debated whether or not regulators wanted to see more competition. Haynes argued that regulators such as ESMA do support competition, but are often hamstrung by politicians pandering to populist notions created by ignorance of how financial markets work. Conversely, Ekers took the more sceptical view that national regulators are in favour of competition – as long as it doesn’t harm their national exchanges, which are still seen as a ‘national treasure’. The regulators, Ekers added, ultimately want to bring flow back to the national exchanges and that approach filters through into the regulation they produce.

“If the entire buy-side woke up one morning and decided to put all their flows in one place, the other market participants such as hedge funds and HFTs would follow, and you’d have a very efficient market,” said Ekers.”But you’ve got so many conflicts of interest and overlaps. I don’t mind interacting with HFT, but I do mind corrupt behaviour and unfair advantages. We need to clarify the rules and enforce them.”