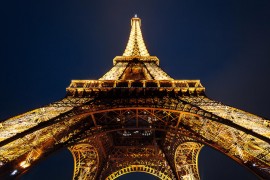 Global equity markets are not broken, despite the claims made by author Michael Lewis in his recent exposé of high-frequency trading Flash Boys, delegates at the TradeTech conference in Paris were told today.

“Markets are not rigged against the investor, despite what the book says,” said Rob Boardman, chief executive at agency broker ITG. “There’s a saying, never let the data get in the way of a good story’ – and the fact is when you look at the data it doesn’t really square. Costs for the buy-side have come down, and we shouldn’t conclude from one book that our industry is broken – I really don’t think it is.”

Boardman was one of the participants in an opening debate on liquidity in equity markets at the conference.

Equity markets have come under increasing scrutiny in recent years, as allegations of cheating, front-running, market manipulation and preferential treatment for aggressive HFT firms have become commonplace. At the heart of the issue is a belief among many long-term institutional investors that they are being ripped off by a market structure that gives unfair advantages to high-frequency traders. Lewis’ book, published last week, claims that the US equity market is essentially rigged in favour of HFT traders – a claim that is currently being investigated by the US Department of Justice.

On the buy-side, the primary concerns reflected in the panel consisted of transparency, the challenge posed by market fragmentation in Europe following MiFID, and the danger of exposing large orders in lit markets that might be targeted by aggressive HFT. For Fabien Oreve, global head of dealing at Candriam Investors Group (formerly Dexia Asset Management), venue selection is a key question that dominates all buy-side thought on the issue.

“We on the buy-side need to know if your venue offers enough protection,” said Oreve. “If we have a large order early in the morning, we’re not going to put it into the lit market – we’ll use a dark liquidity seeking algo first. Then later we’ll take the decision if we want to go back to the lit market and pay the spreads. Fundamentally, we need to be able to escape the HFTs when we want, and to interact with them if we want to get more aggressive in the market.”

Investor access to dark pools has been a controversial issue in Europe and many other markets around the world. In the EU and elsewhere, regulators have generally been suspicious of dark pools due to the perception that they may be draining liquidity away from the lit markets and reducing overall transparency. The European Commission’s draft MiFID II legislation, due to take effect in 2016, seeks to shut down bank-operated crossing pools in favour of non-discretionary MTF dark pools that must provide open access to any participant that wishes to trade and can meet a minimum entry requirement.

But for many on the buy-side, dark pools are seen as an essential part of investor choice that allows long-term institutional traders to execute large orders while avoiding excessive market impact. Some even see dark pools as virtually the only safe haven for institutional orders in a sea of predatory HFT.

According to Christian Katz, chief executive at Switzerland’s SIX Swiss Exchange, long-term investors should not be deterred from entering the market. Although Katz acknowledged that order sizes have become smaller over the last decade and that the speed of trading has been an issue in some markets, he suggested that deep liquidity does still exist. Drawing a comparison with the aftermath of the dot-com crash in the early 2000s, Katz suggested that many of the issues with HFT will probably be worked out in the near future.

“In April 2003, UK Financial Services Authority published a big paper called CP176,” said Katz. “They decided the commission that the buy side was paying to brokers were not transparent enough and needed to be split into a payment for research and a payment for execution. Eleven years later, execution became an art form, and today we see the electronic manifestation of that. It’s the same with HFT – since the financial crisis we are entering a new phase in which we are rectifying some of the speed issues, just as we rectified the transparency issues eleven years ago.”

The panellists also discussed how to generate stable, bright liquidity. ‘Bright’ liquidity refers to transparent liquidity that can easily be accessed by market participant without fear of negative consequences.

Praising the concept of the ‘trade at last’ facility available on exchanges including Euronext, the LSE and Borsa Italiana, Oreve suggested that the ability to trade large blocks of stock in the five or ten minutes after market close should be extended to other exchanges – and asked Katz why he didn’t introduce intra-day auctions as a means of generating large amounts of liquidity for investors. Katz responded that his exchange had considered such a move but had not found sufficient demand for it. Instead, SIX Swiss Exchange introduced a new order type this month called ‘market on close’, which is designed to allow participants to earmark an order or part of an order to be traded in the auction later in the day. Katz also added that another possibility would be order types that allow the liquidity to be extended before or after the regular trading day.