Shopping using a mobile could soon become ubiquitous, according to Znap

Mobile payment isn’t about reinventing the wheel – it’s about making merchants and customers’ lives better by establishing a relationship built on knowledge and trust.

That at least is the message at the heart of a mobile payment service called Znap, which launched in early 2013 and is currently seeking to sign up merchants and retailers in the UK, US and Asia Pacific.

Created by Hong Kong business technology company MPayMe, Znap doesn’t claim to make payment itself easier. Instead, it’s all about integrating coupons, offers and deals into the customer’s mobile phone so that they can get a better deal from their shopping.

Znap works by having the user download the app and then scan the QR code of the product they want to buy. Payment is carried out using the customer’s conventional debit or credit card, via Znap, and requires the user to enter a four-digit PIN. Any discounts that apply will be automatically applied to the price. Znap is currently working on app-to-app functions that would allow a user to plug into Znap via their existing apps, such as a supermarket app. Clicking the ‘pay with Znap’ button will take the user to the Znap app.

The claimed benefit for the consumer is that Znap offers promotions and discounts based on their location, their preferences and their previous purchase history. The advantage for merchants is that they can get to know each customer and offer customised deals to encourage loyalty. For example, one user may receive a discount on beauty products, while another might be offered a better deal on suits and ties. Retail outlets can also target customers by offering discounts if the customer physically comes to the store, where he or she is more likely to make further purchases.

The obvious competitor to Znap are other mobile wallet style apps such as Zapp, which is a subsidiary of VocaLink, the UK payment processor, and Isis, the US mobile wallet launched in November by owners AT&T Mobility, T-Mobile USA and Verizon Wireless. Zapp plans to launch with the backing of most of the UK’s major retail banks, and centres its approach on making itself part of the banks’ own mobile banking application, sitting safely behind the bank’s authentication layer. Meanwhile Isis is backed by card issuers American Express, Chase, Capital One and Barclaycard and PoS terminal manufacturers Verifone, Ingenico, Vivotech and Equinox.

Against these powerful competitors, Znap has focused heavily on adding value to the retailer. Offers can also be set up at the last minute to meet unexpected demand, or a particular event. For example, during a football game a retailer could capitalise on a goal scored by a well-known player by sending an offer of a signed football shirt to thousands of fans who are on an emotional high. Crucially, at the technology end, the merchant does not need to make any changes to their existing POS technology to use Znap.

“Merchants don’t need to invest in expensive terminals to receive a mobile payment via Znap,” said Pipe. “We can integrate with any POS using a simple API, sending the QR code through a secure server in the cloud. You don’t need to spend $150 on a reader – it’s totally unnecessary. With the existing equipment, we can interact with the merchant and even connect to their stock management system to help them track revenue.”

In common with other mobile payment systems, Znap says that it can help cut the opportunity for fraud. User information is stored in the cloud rather than on the mobile handset – so if the user loses their phone, there is little immediate danger of a consumer’s account being compromised. Furthermore, the user’s personal details are never disclosed to the merchant, and there is no danger of card skimming at the POS.

While others have already made similar claims – rival Zapp says it can cut fraud by two-thirds – Znap does claim to be able to save costs for banks at the same time, especially in the US where many firms are focusing on EMV migration. 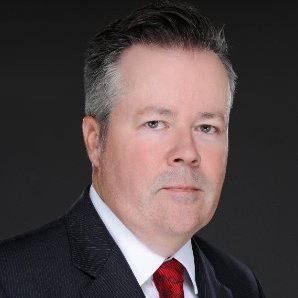 “Implementing Chip and PIN isn’t going to solve the problem of fraud in the US,” said Pipe. “It just moves the problem online. It will cost the banks hundreds of millions to move their systems across, and it’s pointless – they could just use mobile instead.”

From a consumer point of view, the app is marketing itself based on user convenience. When making a payment, the user has the option to pick up or deliver. If picking up, the user can either do so in person, or select someone else such as a family member to collect on their behalf. The store can be notified that the customer is coming, allowing time for the retailer to prepare.

Znap can also be used to pay bills, order tickets and save items for later. When paying bills, the user scans the QR code and will the receive the  option of how much to pay and when. If the date selected is after its due date, the merchant gains the opportunity to impose an extra charge for late payment. Records are kept, so if a user attempts to pay the same bill twice, they will be reminded that it has already been collected.

Deals can also be extended to third parties. For example, a utility bill that goes out to three million customers may be an appealing advertising platform for a third party that sells home insurance. It will gain the option to notify the customer of any deals, which become visible if the customer enabled that option.

The Achilles heel of Znap, as with all other forms of mobile payment, is that it relies on mobile data or wifi connectivity. If the handset has no access to either, the payment will not work. However, Pipe pointed out that in Japan, commuters already have access to in-train wifi, even underground.

“In Tokyo the entire train is wired for wifi,” he said. “Even when it goes underground, people are texting. In Hong Kong it’s the same. You can take the train that passes through the city below the water and still have connectivity. Paris Metro also has wifi.”

Znap’s aim is to become “globally ubiquitous”.  The company is currently in the process of working out deals in various countries around the globe, targeting major retailers and high street brands.

“We are signing people up through the year,” added Pipe. “We already have Hypermart in Indonesia and Diamond Dining in Japan, which is rolling out Znap across its 219 restaurants, along with others in Taiwan, Malaysia, Thailand, Australia and China – and that’s just Asia Pacific. We are also focused on the US and the UK.”