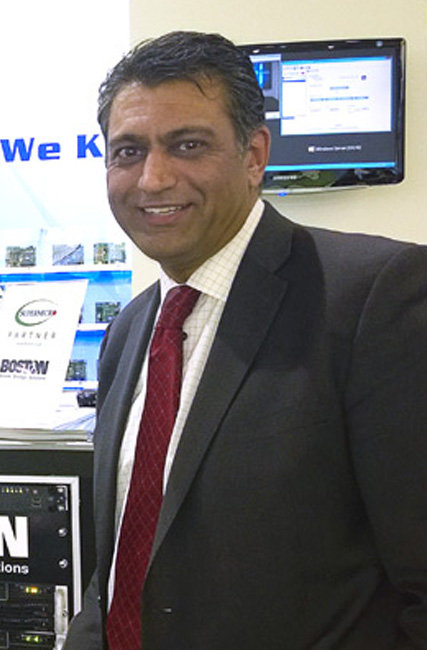 Dev Tyagi is the UK General Manager of Supermicro UK

Since the Flash Crash of 2010, few issues have been debated as fiercely as high frequency trading. Does it increase liquidity and lower the cost of trading, or does it drive price volatility?

More than four years on from the crash, the same debate rumbles on, writes  Dev Tyagi . But from a technology standpoint, much has changed. The latest fad appears to be laser beams, with news of the first laser network between NYSE and NASDAQ. It seems that there is nothing the HFT community won’t consider for that all important micro-second speed advantage.

But while speed is synonymous with HFT, it doesn’t automatically lead to bigger returns. A speed advantage is nothing if your competitor has infrastructure in place that delivers a more consistent overall trading performance. This is why the debate has shifted from the need for speed to the need for continuous high performance. Any drop in performance could lead to significant losses at the end of the day.

So just what is the latest technological snag affecting high-speed trading performance? In a word, jitter. This is basically network congestion triggered by the differences in the time lag between data being sent and arriving. In HFT world, with its high volumes, this is a major concern. As we know, HFT’s Holy Grail is for each trade to go at the same speed and to execute at exactly the same time. The problem is that jitter can trigger an order to execute microseconds later than intended. This is a major risk, particularly when carrying out arbitrage.

It’s no secret that arbitrage has become synonymous with HFT. If you are arbitraging between two different destinations and one trade executes later than the other, then you have lost out. This is nothing to do with speed, it’s about timing. Take FX, where HFT volumes have increased dramatically over the past few years. According to the LMAX Exchange, HFT is 40 per cent of spot trading volume. In currency, the timing of trade execution is vital. This is down to time zone and currency differences. When arbitraging, any delay in arrival of the trade between two regions results in a loss. It is not just a challenge for FX, commodities trading has similar hurdles to overcome. For example, a trader may wish to arbitrage the price of gold between two exchanges. But then jitter strikes and causes the trade to lag. During the lag, the price of the asset could change. As a result, you end up making a loss as you cannot buy and sell the asset simultaneously.

While arbitrage is one thing, another issue associated with jitter to consider is the way in which it can disrupt algorithms. For example, a trading house could find itself in a situation where the original price of a stock has deviated more than 50 basis points from its opening order. You could have your algo set up to execute in and out at a specific time based on analysis from historical data. The problem is, jitter could lead it to execute a couple milliseconds later than intended. The market then has time to adjust. Ultimately, the net result is the same as a jitter-infected arbitrage strategy: you lose. No trading house wants 5 per cent of their orders to drop because of disruption to their algos.

So whether it’s inefficient arbitrage or the quality of algo, these are the key factors keeping high-speed traders up at night. This is why many are deciding against basing their trading strategies on speed alone. That said, with the prospect of laser beams blasting faster trades, it is hard to imagine a world where firms aren’t going to look to push the boundaries for even greater speed. Moving forward, the key to unlocking even more profits will be for HFT firms strike the right balance between speed and having the underlying technology to work reliably to reduce jitter. Only time will tell whether a balance can be struck, as firms start investing in updating existing infrastructure to deliver a more consistent performance.

One thing is for certain, while the HFT arms race is yet to come to an end, jitter ensures that it will take more than speed to win.