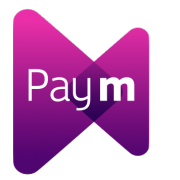 The mobile payments system planned by the UK Payments Council will be branded Paym. The Council says that it will announce the go-live date next month and final testing is on track.

The industry-wide collaborative project, which is being operated by VocaLink, which also runs the Faster Payments system on which the service is built, uses a mobile phone number as a proxy for bank account numbers when sending or receiving payments.

Paym – it’s supposed to be pronounced Pay ’Em – will be integrated into customers’ existing mobile banking or payment apps as an additional way to pay,

Other participants are expected to come aboard later this year, with various parts of RBS/NatWest committed, plus HSBC’s First Direct subsidiary and the Clydesdale and Yorkshire Bank’s, both of which are owned by National Australia. Once these are live the service will be available on more than 90% of UK current accounts.

Nationwide Building Society has also confirmed its intention to join in early 2015, while the Payments Council says Metro Bank and Ulster Bank (currently part of RBS)  “head up the list of other interested parties who are finalising their launch plans”.