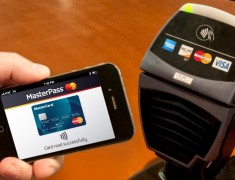 Under the agreement, Orange will provide a managed M2M solution with global roaming services enabling remote terminals to automatically transmit data to the SIA technology infrastructure.

SIA’s goal is to gather up card payments data generated by POS terminals and deliver it to bank authorisation systems. SIA plans to use a web portal to monitor the flow of transactions through various different channels, and produce statistics and reports that reflect how POS terminals are being used. The intention is that banks and merchants will be able to use the service to rationalise the various domestic networks for the collection of POS payments, making the process more efficient.

SIA says that it has enabled nearly 5,000 POS terminals and plans to reach 60,000 terminals by the end of the year. The devices are expected mainly to manage transactions coming from European countries, but can also be used to take payments from other places such as South Africa. The SIA infrastructure will be available in every European country, in reflection of the region’s 9% annual growth in electronic payments according to figures provided by the European Central Bank.

“Thanks to the Orange Business Services solution, from today we are able to simplify further the communications between merchants and banks by offering payments also via mobile POS terminals at continental level,” said Andrea Galeazzi, Network Services Division director at SIA. “This reconfirms SIA’s role as a single partner in Europe, managing the last mile of payments regardless of the type of connectivity employed and the country where the transaction is originated.”

Based in Milan and Brussels, SIA is active in payments, e-money , network services and capital markets across 40 countries.