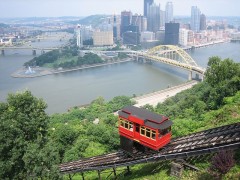 Regulatory change in the OTC derivatives market has produced serious problems that indicate a clear need for more automation of cleared derivatives post-trade processing, according to a new report published by research house Greenwich Associates.

Market reforms currently affecting the derivatives markets include the G20 agenda agreed in Pittsburgh in 2009, under which 20 countries agreed in principle to reduce systemic risk by improving transparency in the OTC derivatives market. The Dodd-Frank Act in the US and EMIR in Europe are attempts to implement that agenda. Both pieces of legislation essentially mandate the central clearing and reporting of the bulk of formerly OTC derivatives contracts, along with their standardisation and trading on exchange-like platforms wherever possible.

However, the report by Greenwich notes that trade confirmation of exchange-traded derivatives remains a largely manual process for the buy-side. Despite the growing use of electronic messaging to confirm trades, less than half of asset management firms actually confirm and reconcile their trades in real time, while two-thirds of investors use tools such as phone, email, fax and instant message. The slower the process, the higher the associated risks.

The growth in cleared derivative volumes at the sell-side is leading to further problems, including capacity bottlenecks at futures clearing merchants. Trading and clearing cleared products is a much lower margin business for the sell-side than OTC derivatives trading. Furthermore, since asset managers use on average 12 executing brokers and four clearing brokers for swaps trades, dozens of connections are needed to carry the data from front to back office and then pass it on to SEFs, futures exchanges, clearing houses, affirmation platforms, credit hubs and swap data repositories.

At the same time, all market participants including the sell-side and the buy-side are being affected by macroeconomic forces including increased interest rates and unrest in emerging market countries, leading to periodic volatility and spikes in volume.

“Regulations such as Dodd-Frank, EMIR and MiFID II are placing a greater emphasis on the post-trade processing of exchange traded derivatives,” said Kevin McPartland, head of market structure and technology research at Greenwich Associates. “While regulations must be adhered to, investors are getting back to doing what they do best—investing—and operations teams must be ready to support them. The critical role operations teams perform to ensure the efficient clearing and settlement of derivatives transactions is more important than ever.”

Market participants and large institutions such as CME Group have talked about a creeping futurisation of the OTC derivatives markets for years. Notions of a shift in investor preference towards futures is supported by the Greenwich survey of 50 buy-side firms, which found that one-third of them report a move from OTC products to futures. The CME saw an increase in volume of 11% in Q4 2013, with rate products reporting a 29% jump.

Exchanges have been dealing with the trade reporting obligation in different ways. Last month, Greece’s Hellenic Exchanges Group, which runs the Athens Stock Exchange and Athens Derivatives Exchange, chose to buy use a delegated reporting service from the London Stock Exchange to report Greek derivatives trades on behalf of up to 3,000 counterparties.