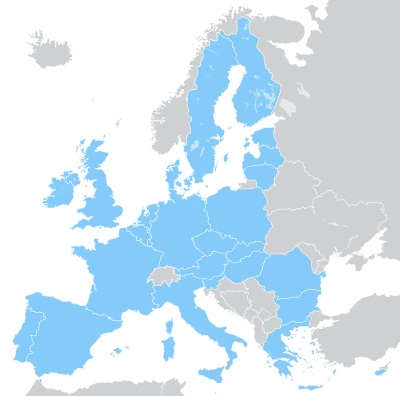 Post-trade services institutions Clearstream, BNP Paribas Securities Services, Intesa Sanpaolo and BBVA have formed a tie-up in Europe, which they say is aimed at better asset servicing in Belgium, France, the Netherlands, Italy and Spain under the ECB’s forthcoming T2S project.

T2S is a European Central Bank project to create efficiencies in settlement by offering neutral, harmonised and commoditised delivery versus payment settlement in central bank funds across all European securities, denominated in euros.

Under the deal between the four firms, in September 2016 Clearstream will connect its central securities depository to the T2S platform to bring in the settlement flows, while its three custodian bank partners will handle asset servicing in each of their home markets. BNP Paribas Securities Services is based in Paris but also covers Belgium and the Netherlands. Intesa Sanpaolo is based in Turin, Italy. BBVA is based in Bilbao, Spain.

The idea behind it all is that customers will be able to achieve settlement in either commercial or central bank money on the T2S platform in each country, together with the local touch of the custodian banks. The local aspect is important, because the banks are promising that through the deal they can offer users faster notification, more customised services based on local needs and reduced operational risk.

“This innovative partnering concept announced today is key for taking advantage of T2S and complementing it with the best solution for asset servicing,” said Enrique Jiménez-Herrera, head of global transaction banking at BBVA. “The expertise of local agents is increasingly under demand, being the local touch that is a must-have for markets such as Spain. The focus on value added services such as corporate action and tax reclaim services will be the name of the game in the T2S environment. In a nutshell, Clearstream customers will have the advantages of being clients of an ICSD and CSD together with the excellent asset servicing provided by a local agent.”

In December, financial research house Celent predicted that custodian banks would face increasing levels of competition with local CSDs and prime brokers, leading to a rush to generate economies of scale. It also predicted a likely decrease in the number of custodians and competition, and an increase of in-house netting and ETF trading activity.

T2S is due to launch in July 2015, and poses a challenge to some of Europe’s market participants because it requires institutions to migrate from their current ISO 15022 messages to the newer ISO 20022 messaging standard.

In November, Fintech vendor Volante Technologies launched its T2S Accelerator, which converts ISO 150022 messages to their equivalent ISO 20022 messages. It also provides definitions and cross-field validations for all other messages. The idea behind the tool is to make it easier for banks, CSDs, global custodians and securities services firms to convert messages and adhere to the new standard.

Citi and Erste Group Bank have confirmed that they will be joining the Clearstream project, with Clearstream to develop a T2S asset servicing model for Greece and Austria respectively.

Back in January 2013, Clearstream formed an alliance between the CSDs of Germany, Spain, Brazil, South Africa and Australia, dubbed the ‘Liquidity Alliance’. The group meets up each quarter to work out the most efficient way of dealing with collateral and to discuss partnerships, commercial opportunities and key issues.