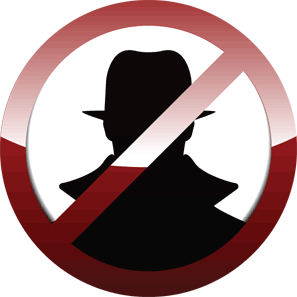 The payments network is requiring its U.S. issuers to report into PCS by June 2015, but Visa executives tell Paybefore that it will accept data on any U.S.-issued network branded prepaid card. The goal is to have an aggregate view of fraud trends across all open-loop prepaid cards—reloadable and nonreloadable—and to generate alerts to help issuers and program managers prevent fraud, not just identify it after the fact.

Carrie Vriheas, vice president of prepaid strategy, Visa, explains that the company views PCS as a way to build infrastructure and drive the growth of prepaid in the marketplace. Seeds of the project were planted through Visa’s role in the NBPCA as the industry was taking root, when fraudsters began in earnest to load prepaid cards with fraudulent tax refunds. Even though that particular situation involves identity fraud, not prepaid fraud, the perception outside the industry is that there’s a prepaid problem. And, inside the industry, there is a concerted effort to get ahead of the fraudsters.

“We wanted to collect fraud data, but because of the different channels of acquisition and distribution, it was hard to see what was happening in aggregate,” Vriheas notes. Drawing from its experience on the credit side with its Issuers’ Clearinghouse Service (ICS), Visa brought its prepaid team together with its risk products and business intelligence team to develop PCS.

“One of the things we learned back in the ’80s with credit was fraudsters’ ability to go from issuer to issuer, utilizing the same fraud schemes,” says Melyssa Barrett, senior director of solution delivery, risk products and business intelligence, Visa. When Visa created ICS, it required issuers to participate to ensure the database was more robust and looking at fraud across the system, she notes. The network is doing the same for prepaid.

Although all U.S. Visa issuers will be required to participate, they aren’t required to subscribe to the database, which will carry what Visa describes as “competitive fees” for fraud-mitigation services. Vriheas and Barrett believe issuers and program managers will be eager to participate for the benefits of real-time alerts that can be used in their fraud review decision processes. (For more details, see “How it Works.”)

“People may think because we’re Visa that we’re just thinking about transaction fraud,” Barrett adds. “We’re talking about a more holistic view of fraud—on the enrollment side, account management side and reloads during the entire account life cycle.” One of the early tasks has been to create definitions for the types of fraud and suspicious activity data that will be reported to the database.

“When we spoke with stakeholders, we realized that companies had their own slightly different terms, so we hope this helps create a standard nomenclature for how we talk about fraud in the industry,” says Vriheas.

The More You Know

“When you’re dealing with fraud, the more you know about what the bad guys are doing the better,” Ben Jackson, senior analyst at Mercator Advisory Group tells Paybefore. “If you know someone is going around trying to open up accounts using a particular tactic or address, you can set up a flag for that  . . . Once they start to gather this data, PCS also may help the industry identify some new best practices for fraud prevention.”

The limitation could be getting data from network branded cards other than those with the Visa brand, Jackson suggests. “It’s hard to say whether the networks will come together.”

Vriheas is optimistic and says Visa would be open to working with other networks. “Fraud is one of those things the industry can band together on,” she says.

On the issuing side, Visa is expecting some early adopters. “We’re not starting with an empty database,” Barrett notes. “We have fraud data reported today that we’ll be utilizing from the credit side of the house to identify some of the folks who are victims of fraud, for example. We have received some really good feedback from issuers and prepaid program managers that are anxious to participate.”

It will take some time for issuers to integrate with the database and to receive and use the data in real time, but Visa is expecting a significant ramp up over the next 12 to 15 months.

“This is a robust change to fraud mitigation for prepaid,” Barrett adds. “This is just the start for us to create more parameters to better detect and prevent fraud.”