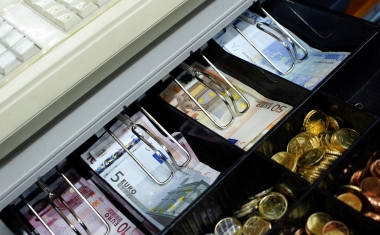 The aim of MyBank Mandate is ultimately to help customers get the benefits of faster, more efficient payments through SEPA, the European Commission initiative which attempts to make cross-border payments for EU countries more efficient. Due to take effect inside the EU from August 2014 and outside it from 2016, SEPA will do this by enabling customers to use a single bank account to make electronic euro-denominated payments to anyone anywhere within the 28 EU member states.

MyBank Mandate specifically targets fraud and postage costs. The idea is to cut down on manual handling and improve reconciliation by automating the process. Customers can authorise mandates for SEPA direct debits via their online or mobile banking. The creditor is notified in real time.

The pilot scheme brought together three financial institutions, 13 service providers and five merchants from the telephone, insurance and utility sectors. MyBank currently has 51 participants, with an estimated 10 million retail customers. MyBank is already available in France, Luxembourg and Italy, where it has gained most success with utility and insurance companies as well as government agencies.

The plan is to rollout MyBank Mandate later in 2014, and expand it right across the Eurozone within the next two years.

“MyBank provides real solutions to real problems linked to SEPA migration; these solutions reduce costs and improve working capital flows,” said John Broxis, managing director of MyBank. “the demand by merchants for a pan-European electronic mandate solution is clear, and banks will be able ot help them provide such a solution to their customers.”

Despite gradual progress, SEPA has been dogged by delays, as well as reluctance on the part of corporates to prepare. The European Payments Council launched the SEPA credit transfer scheme in January 2008 and SEPA direct debits in November 2009. By late September 2013,  the uptake of these instruments had been disappointing – around 42% of credit transfers in euros were transacted via SCTs and a mere 2.5% of direct debits were made using SDDs. As a result, the European Commission granted a six month extension on the 1 February deadline, although it emphasised that the extension was not really an extension, but more a period of ‘grace’ during which non-SEPA payments would still be accepted.