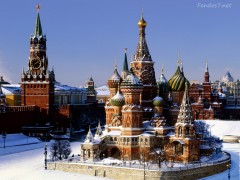 Citi has opened up its lending platform OpenLend in Russia

Citi has begun securities lending services in Russia through its OpenLend platform, which the bank says will help investors to diversify into promising emerging markets.

The debut in Russia follows recent rollouts in India and Malaysia, as part of a drive by the bank to increase its presence in emerging markets. The OpenLend platform is now available in 74 markets in total.

“The launch of lending in Russian securities is a key development in a large market with tremendous potential, and offers an alternative to repo deals which have been a  popular type of operation in Russia for many years,” said Alexei Fedotov, securities and fund services head, Russia & CIS ZAO Citibank, Moscow.

Russia is currently suffering from significant levels of capital flight, with an estimated $63 billion lost in 2013 according to figures provided by Russia’s Central Bank. That figure is vastly higher than the $10 billion initially predicted by the bank at the start of the year.

The outflow of funds from the country comes despite a major drive by the government to turn Moscow into an international financial centre. Last summer, Russia moved onto T+2 settlement while in November, the country established NSD as its central securities depository. It is hoped that these reforms will make the Russian market more attractive to international investors, especially in the US. However, political corruption and a weak legal system continue to cast a long shadow over the country’s prospects.