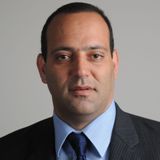 Gandelman: Brazil is in danger of falling behind some African countries

After nearly a decade of trying, ATS Brasil is finally poised to launch an equities trading venue, bringing competition to Latin America’s largest market for the first time in many years.

“Fees are too high in Brazil,” Alan Gandelman, chief executive at ATS Brasil, told Banking Technology . “Most of the liquidity on the BM&F Bovespa exchange is in just 10 stocks, and spreads can average as high as 70 basis points. It’s no wonder ADR trading is so high. The low number of listed companies puts Brazil on par with Vietnam or Mongolia. In retail investors, we’re in danger of falling behind African countries like Zambia, Ghana and Kenya. That doesn’t represent the economy of Brazil. The only one who benefits from all this is the monopolistic exchange.”

ATS Brasil was created by Americas Trading Group, a Brazilian company founded in 2010 by several of Gandelman’s former colleagues from Brazilian broker Ágora, including former chief executive Arthur Pinheiro Machado. Gandelman joined the company to head up ATS Brasil in December 2012. The company’s ideal is to challenge the incumbent exchange by offering a cheaper, faster trading platform. It plans to use NYSE Technologies’ UTP, which it claims is five times faster than the Puma platform recently installed by BM&F Bovespa.

BM&F Bovespa itself was created in 2008 from the merger of Brazil’s equity and derivatives markets. The company is currently the only trading venue in Brazil, and has exercised a complete monopoly ever since. It also operates CBLC, the national clearing house for Brazil, which it runs on behalf of Brazil’s Central Bank. BM&F has sought, with some success, to attract international investors by building up its co-location facilities for high-frequency trading, increasing the capacity and speed of its trading engine, and encouraging direct market access for buy-side participants. But Gandelman insists that Brazil could do better.

ATG estimates that 45% of Brazil’s equity trading volume is accounted for by its top 10 stocks. The exchange has 360 listed companies, which compares unfavourably with other global markets given its population size. Fellow BRIC nation Russia’s Moscow Exchange has 709 separate issuers listing, while South Africa’s Johannesburg Exchange has 472 listings. Poland’s Warsaw Stock Exchange has 446 companies listed, while Turkey’s Borsa Istanbul also beats Brazil, with 371 listings, despite the fact that Brazil’s 198.7 million population is larger than that of South Africa, Poland and Turkey combined.

“Bringing competition means lower prices,” he said. “The exchange will have to improve. We’ll bring in maker-taker pricing, we’ll introduce iceberg orders. We will help to bring in new flows. A lot of HFTs are deciding to trade only where there’s more than one way in and out, because of the Flash Crash in May 2010.”

Part of the problem with Brazil’s equity market stems back to the period of demutualisation in the late 1990s and early 2000s, according to ATG. The banks and brokers that owned the exchanges gained from demutualisation and cashed in on a series of lucrative IPOs, but as the exchange business in the country consolidated from eight local exchanges into one, what Gandelman calls a “super-monopoly” was created.

“It didn’t work out well,” he said. “The market has become extremely expensive. At the same time, firms like FlexTrade went direct to the buy-side, and the big brokers ended up having all these different customised services for each asset management firm. The cost of technology went through the roof.” 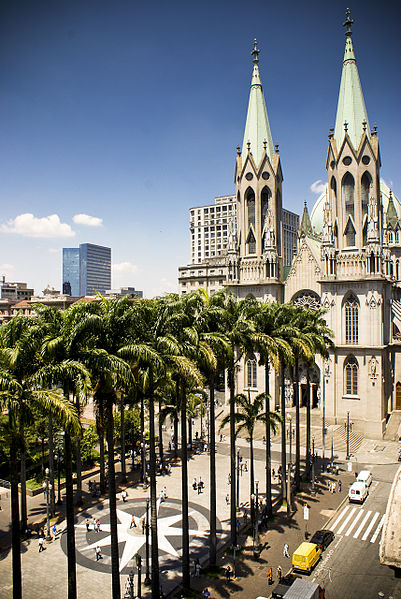 In his previous role at Ágora, Gandelman had first been approached by a US broker to build an alternative trading system in Brazil as early as 2006. The team was enthusiastic about the project, he says, but quickly discovered that Brazilian regulator CVM was pushing through significant rule changes in the market, including the push towards demutualisation. CVM encouraged Gandelman and his colleagues to wait a few years and then return to the idea. But before further progress could be made, Ágora was sold to Brazil’s largest private bank Bradesco in March 2008. Gandelman then left for ICAP, where he stayed until 2012.

Meanwhile, other companies including US exchanges BATS Global Markets and Direct Edge (now merged) had also expressed interest in launching a new trading platform in Brazil. BATS’ plans centred on a collaboration with a local hedge fund. However, these plans were disrupted by the refusal of incumbent exchange BM&F Bovespa to provide clearing for a rival. The decision effectively meant that any alternative platform would be unable to enter the market, since the exchange still controls the country’s clearing house CBLC.

In March, ATS Brasil and parent company ATG are planning to file for a licence to launch their own CCP in Brazil. According to Gandelman, the Central Bank of Brazil has always been supportive of competition – and since CLBC was effectively granted to BM&F Bovespa as a concession from the Central Bank, ultimate authority rests with the bank and not the exchange. BM&F Bovespa allegedly modified its stance under Central Bank pressure, first from outright refusal to grudging cooperation and later promises of full acceptance and openness. But Gandelman was not convinced.

“Frankly, we didn’t believe them,” he said. “They never meet their time frames, and we don’t believe they have the technology to prepare any time soon. ATS Brasil will be a customer of the new Brazilian CCP that ATG is building. We expect to get the licence for clearing in Q3, followed by live testing to the end of the year and launch in early 2015.”

Part of the driving force for ATG is the conviction that Brazil’s equity market has room to grow. Brazil currently has around 200,000 retail investors that participate in the market more than once per month, based on ATG figures. Yet the country has a population of 198.7 million according to figures provided by the World Bank – giving a ratio of just 0.01% participation in equities. In a country with a rapidly growing middle class, where 35 million people have been lifted out of poverty since 2003, that is surprising, says Gandelman.

Brazil has recently encountered economic headwinds. The economy shrank in Q3 last year, for the first time since 2009, while the IMF has revised its GDP forecasts downwards. Interests rates have risen, while the country’s currency has fallen against the dollar. However, ATS Brasil remains resolute about its commitment to the country – and its long-term potential.

“We are patriotic about Brazil – all of us have lived this market for too long,” he said. “Things in Brazil are never that good, and never that bad. We are here for the long road. If history repeats itself – and it always does – then 2015 will be a great year.”