Cashing out: Ontario mobile payment infrastructure is on the money 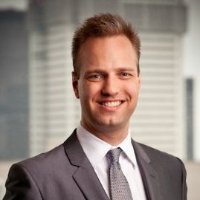 Aaron Rosland is senior economic counsellor for the Government of Ontario, Canada

Canadians are in a hurry to get rid of their cash – at least as a method of payment, nor are they content with the contactless tap-and-go cards currently in use; they are anxious to replace cards with contactless smartphone technology, writes Aaron Rosland, senior economic counsellor for the Government of Ontario, Canada.

According to a recent MasterCard study, an impressive 90% of consumer payments in Canada (by value) are cashless. If you think about it, you are probably more likely to forget your wallet than your mobile phone. The move to contactless payments is the third stage of Canada’s journey away from cash. The first stage was magnetic stripe cards, and Canadians were enthusiastic adopters. However, magnetic cards are susceptible to fraud and Canada’s innovative financial community, centred in the province of Ontario, began looking for a better alternative.

The second stage was EMV-compliant chip-and-PIN cards and retail terminals. The first chip-and-PIN MasterCard transaction took place in September 2007, and Canadians have not looked back since. Magnetic stripe transactions are almost unheard of today in the country. “Having to use a stripe and a signature for a credit card purchase feels like going backwards for Canadians,” said Betty DeVita, president of MasterCard Canada.

Chip-and-PIN cards have become so popular that Canada joins Latin America and the Caribbean as world leaders in chip-and-PIN card and terminal adoption, according to recent numbers from EMVCo, the chip-and-PIN standards body.

And fraud rates have dropped significantly since chip-and-PIN became widespread. The Canadian Bankers Association reports losses to debit card fraud dropped from C$142 million in 2009 to C$38.5 million in 2012.

And that comfort is increasing. Electronic payment processor Moneris reports its average transaction value is falling by C$1 per year, as Canadians use cards for progressively smaller purchases. Only 20 per cent of Moneris purchases use cash today, with debit and credit comprising 56 and 24 per cent, respectively. “More of our expenditures go on cards than in any other country in the world,” said Jeff Guthrie, chief sales and marketing officer at Moneris.

The third stage towards a cashless future is playing out now: the move to contactless payments using NFC. Currently, NFC payment systems use tap cards and terminals, but soon these cards will be replaced by smartphones.

“Canada is an innovative market, and Ontario is pushing the envelope in terms of next-generation payment tools,” says MasterCard’s DeVita.

Tap-to-pay cards have been embraced. Nineteen of the top 25 retailers accept MasterCard’s PayPass, for example, and 11 per cent of the company’s face-to-face transactions use tap.

“We are at a tipping point,” says Will Giles, MasterCard’s senior vice-president, product management – emerging payments. “Initially, we had to do a lot of marketing and education with merchants, but now these systems are rolling out on their own. For example, our government-run liquor retail system in Ontario now takes PayPass, as do our beer stores. So the number of places this works has really grown.”

From cards to mobile

Contactless smartphone systems are just now appearing in Ontario, and consumers like the idea. “Canadians are very comfortable taking out a phone and holding it to a terminal to conduct a transaction,” says Avinash Chidambaram, director of mobileprograms at Interac, Canada’s largest debit network.

Interac’s contactless payment system is called Flash, a product Rogers’ vice-president of emerging business David Robinson calls a “killer app,” considering the popularity of debit. Chidambaram adds, “In a few years, you should be able to use Flash tap-to-pay at virtually any merchant in Canada.”

CIBC, one of Canada’s largest banks, has also seen widespread interest in mobile payments, according to Todd Roberts, senior vice-president, payments strategy and innovation: “The research says approximately 50 per cent of customers are interested in paying with their phones.”

The first mobile payment leveraging the secure SIM card with an NFC-enabled device in Canada took place at an Ontario fast-food outlet in November of 2012, using a contactless terminal with a BlackBerry smartphone and CIBC’s Mobile Payment App, running on the Rogers Communications wireless network.

That first implementation took about nine months to develop, Robinson said. “It was a huge amount of work, but now all that has been done we could [implement a new solution] in about five days.”

Smartphones must be NFC-enabled and the integration work completed between the carrier and the credential issuer (a bank or credit union) but once done “there is no difference between a phone and a card with tap-to-pay on it,” Robinson said. “This is by design. Some payment technologies require you to change out the terminals and retrain every salesperson. The beauty of our solution is there is no change to the terminal or how it’s used.”

“The phone simply emulates a tap card,” said MasterCard’s Giles. “For example, you tap the button on the screen and the NFC payment system is activated for a set period of time, often 30 seconds. The customer then taps the phone on the terminal, anywhere where a contactless card can be used, and the phone essentially pretends it’s a card.”

This combination of contactless cards now and smartphones in the near future is expected to drive big usage numbers. “By 2015, we believe the market will explode,” says David Chaudhari, managing director, Canada at POS vendor Ingenico. “Why? Because the ‘believability index’ is high. Consumers are ready, acquirers are ready, the card schemes are ready and retailers are ready. One hundred per cent of the devices my customers have bought for more than two years have NFC embedded, and 100 per cent of new purchase activity has contactless and mobile embedded.”

“The move to contactless mobile payments will soon create new usage scenarios,” said David Hooper, vice-president of product management and marketing at Everlink Payment Services. Everlink provides integrated payment solutions and services for credit unions, banks and independent sales organizations (ISOs) across Canada. “Imagine you want to withdraw C$100 from your account. You could sit somewhere, begin the withdrawal process, then go to an ATM, tap your phone and out pops your money,” Hooper said. “Or maybe you’ll go to a bank machine, tap your phone and enter a PIN. Either way, you’re using your phone to authenticate yourself.”

And financial transactions are only the beginning. Once credentials can be stored in a smartphone virtual wallet, coupons, loyalty programs, library cards and even government identification can be added. “Once you digitize credentials, you can go to any sector and transform that business,” Robinson said. That changes the very nature of transactions, according to Almis Ledas, COO of credential management firm EnStream. “This is now a direct relationship with the customer. You can validate the customer’s identity, manage the card faster than with a plastic card, and reach a new segment—youth—who expect to use mobile devices for banking.”

This positions Ontario for success. “There is no other region in the world that has all the attributes to make this happen, Robinson said. “A year from now we will look around and say ‘Wow, I can get virtually any card on virtually any phone, and I don’t think there will be any other place in the world that can say that. And we’ll say to the world’s developers, suppliers and issuers ‘Come on in,’ because our system is open and secure.”